Karishma Kapoor is a Bollywood actress, who comes from the prestigious Kapoor family of the industry. She was at one time, considered the top actress in the industry, but left acting after her marriage. 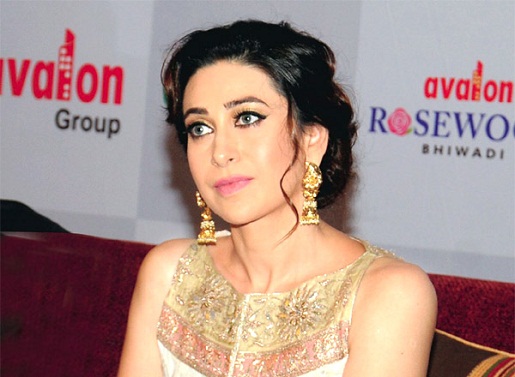 Income Sources: Karishma Kapoor has been one of the most successful actresses in the Hindi film industry during her time. She has also appeared in some television commercials and brand endorsements.

Marital Status: Karisma Kapoor was married to business tycoon Sanjay Kapoor in 2003, but the couple got divorced recently. She got the custody of her two children, daughter Samiera and son Kian Raj Kapoor.

Karisma Kapoor was born in Mumbai and has acting in her blood, with both her parents, Randhir Kapoor and Babita being the superstars of the yesteryears. Her grandfather, Raj Kapoor was the Showman of the industry, while her uncles, Rishi Kapoor and Rajiv Kapoor are leading actors too. Her sister, Kareena Kapoor Khan is considered as the top actress in the industry today, while her cousin brother, Ranbir Kapoor is doing equally great job for himself. Karisma Kapoor was once engaged to Abhishek Bachchan but the relationship did not work out and the couple parted ways. Later, Karisma married Sanjay Kapoor, a divorcee businessman from Delhi, but the marriage could not survive much long. Now, she lives with her parents in Mumbai, along with her two children.

Karisma Kapoor made her Bollywood debut at a young age of 16 years, with a 1990 movie called ‘Prem Qaidi”, in which she starred opposite Harish. The film did not fare very well at the box office, but gradually Karisma started to climb the steps of success, with great performances in movies like “Jigar”, “Anari”, “Suhaag”, “Jeet” and “Gopi Kishan”. Karisma made a hit pair with comic star Govinda to deliver outstanding hits like “Raja Babu”, “Coolie No 1”, “Saajan Chale Sasuraal” and “Hero No 1”. The 1996 movie “Raja Hindustani” opposite Aamir Khan turned out to be the turning point in her career and fetched her commercial success as well as critical acclaim, along with Filmfare Award for Best Actress. 1997 was a golden year for Karisma, as this brought her the National Award for Best Supporting Actress for the film “Dil To Paagal Hai”. Her performance in the 2001 film “Zubeidaa” showed that she was much more than an actress who can dance around the trees. Another great performance in the recent times came in “Dangerous Ishq”.

Karisma Kapoor lives in a grand house in the posh area of Lokhandwala in Mumbai, which suits her stature as a part of the great Kapoor family of the industry. The tastefully decorated house has a plush swimming pool along with beautiful gardens. She has a luxurious lifestyle with cars which reflect both, her class and her style. Audi Q7 and Mercedes are some cars included in her luxurious fleet.