Hollywood movies have always been known for their concept and the unique style of narration that each story portrays one different from the other. Terrorism is one concept that they take quite seriously and as such over the years, Hollywood has produced some of the top quality Movies based on terrorism. These movies capture terrorism in all methods. Some show the lives of terrorists while some show their mentality and the way that they are.

Some Hollywood film makers also capture the real essence of the terrorists and what happened on the attacks days. Keeping these in mind, some of the best rated Hollywood movies based on terrorism are listed as under:

The Rock, directed by Michael Bay is one of the greatest films of our times. It is the story of ex military generals who threatens to produce biological weapons to kill San Francisco and the ways in which they can be prevented. The action is the film is all designed in the most technological way and the car chase scene in the movie is something that can’t be missed. This movie is depicted  on the idea that even terrorists can feel helpless at times and what they do during those situations.

This story revolves around Anya Amasova , an KGB agent who is put to duty to find out about the missing nuclear submarines. After much investigation, the results come out that Karl Stomberg steals the submarines for his own devilish plans. But, later both decide to keep aside  their differences and fall in love. The difference in the plot is the inclusion of the terrorist ideas to attack the world. This film features the deadly threatening of the terrorists around the world and how to deal with them. 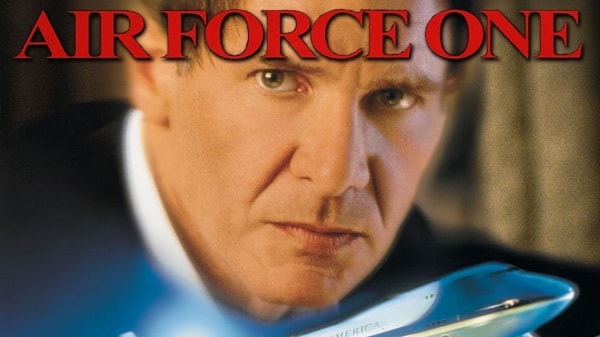 This story is based on the President of America which is played by Harrinson Ford. The story revolves around the concept that the terrorists take away his family and threatens to kill them if their demands are not fulfilled. However, in the event of hijacking of the plane, the President hid behind and slowly takes control of the flight and saves his family. This is an intense action movie and also a political thriller that sometimes one can be exposed to unrealistic battles which are not foreseen before.

This movie is a comedy animated film with goofy musical numbers playing at the back. This movie is based on the concept of American military squad who are finding out ways to stop the terrorists from attacking America. The team together must save the day. The foreign policy of the US Government is shown in the movie and it highlights the fear of terrorism.

It is the story of two childhood  friends who were trained to be suicide bombers to attack on Israeli military post. The two friends disguise themselves as Israeli and attend a wedding but the police finds out about their plan and runs to chase them. Khaled comes back to his boss to find out the reason behind the revenge with the Israelis. This movie is based on the concept of showing the personal lives of the terrorists which are never really shown to the world.

This movie is all that people are always read about in comic books. The Joker played by Heath Ledger comes to town only to create havoc on the minds of the people. He blows up hospitals and kills up city officials. The Joker is shown as the villain and he has no reason for causing the havoc but simply to create fear in the minds of people. Batman has no real powers but saves all the people. The disturbing view of terrorism is shown quite clearly in the movie.

3. The Battle for Algiers

The Neorealism movement is very well depicted in this movie. The movie is set in the backdrop of World War II between the Algerians and the French. It is made as a documentary movie which shows the concept of political neutrality and a glimpse of controversial and violent conflict. It also shows the bombings fallen on the innocent French Civilians.

The massacre of the 1972 Munich Olympics is shown in this movie. It is based on the real life story that shows the differences between culture and humanity. The Israelis and Palestinians pity against each other and they fight only for the good of the people.

This movie is about hijacking of a plane by the terrorists and it is pictured on the emotions and the sentiments of the people trapped inside the plane. It shows how the American passengers try to find a way to safety. It is a real demonstration of a terrorist attack shown in the movie.

These are the best movies based on terrorism. If you haven’t watched them yet, time to grab popcorn soon!