Harbhajan Singh is considered as one of the most prolific spin bowler of all times, who has played for the Indian cricket team. Lovingly known as the Turbanator, this yound Sikh cricketer has a knack for capturing wickets at the most crucial moments in a match and has been a match winner on a number of occasions. 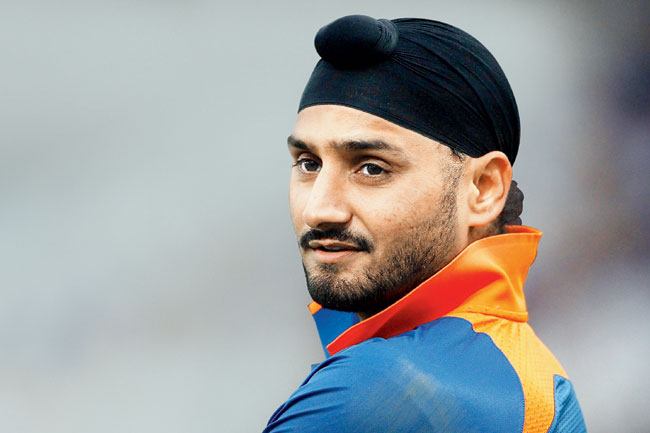 Income Sources: Harbhajan Singh is an outstanding cricketer, who makes as much as Rs 50 lakhs per year. He is one of the highest wicket takers in Team India and also plays in the IPL team of Mumbai Indians. Additionally, he has been a part of commercials of a number of leading brands such as Pepsi, Reebok and Royal Stag. He also planned to set up a world class salon in Chandigarh, but later backed out of the deal. He has also been employed by the Punjab Police and makes earning from this source too. Soon, he will be seen acting in a Punjabi movie, which has been produced by Bollywood actor, Akshay Khanna.

Marital Status: Harbhajan Singh has been in the limelight for his affair with the Bollywood actress Geeta Basra and there were even rumors that they are planning to get married.

Harbhajan Singh hails from a noted Sikh business family of Jalandhar and his father Sardar Sardev Singh Plaha had a successful business of valves and ball bearings. Though Harbhajan was in interested in joining the family business, he was encouraged by his father to polish his cricketing skills and this was what opened the doors of a cricketing career for him.

Harbhajan Singh started his training as a youngster, under the mentor ship of Charanjit Singh Bhullar, who coached him in batting. However, he later shifted his focus on bowling and started training under coach Davinder Arora. He started playing for Under 16 team of Punjab in 1995 and was made a part of the national Under 19 team later on. He entered the first class cricket by participating in Ranji Trophy of 1997, following which he made his international debut for both test as well as ODI cricket for Team India 1n 1998. He has been one of the most successful spin bowlers for the country, bagging 259 ODI wickets and 413 test wickets till date, with the best record of 8/84. Bhajji has been a part of the Indian team which won the World Cup 2011, T20 World Cup 2007 and Champions Trophy 2013. He was honored with the Padma Shri in 2009. Though Harbhajan has been recognized for his cricketing abilities, he has been in controversies at times, like being involved in tussles on the field with fellow players as well as the opponents.

Harbhajan Singh’s ancestral home is located in Jalandhar, but over the period of time, as he became a successful cricketer, he amassed enough wealth to buy a huge and luxurious house in a posh locality of Chandigarh. The beautiful house which is spread over 2000 square yards, is located in Sector 9 of the city and is worth Rs 7 crores. He has an equally amazing taste in cars too and he owns a customized SUV Hummer, which was imported specially from London. He also owns a powerful Ford Endeavor car.