Ayesha Takia is a bubbly Bollywood actress, who has worked in a number of Bollywood movies, in addition to Telugu movies. She has carved a niche for herself in Hindi movies and has mostly done chirpy and vivacious characters. 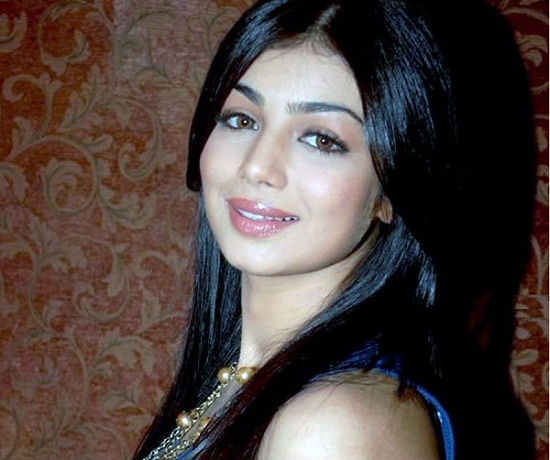 Income Sources: Ayesha Takia has acted in a number of Hindi and some Telugu movies. She has also featured in some music videos and also some television commercials.

Marital Status: Married to Farhan Azmi since 2009. They have a son called Mikail Azmi, who was born in 2013.

Ayesha Takia was born in Mumbai and is of mixed ethnicity. While her father Nishit is a Gujarati, her mother Faridah is a half Indian and half British Muslim. She was given a Muslim upbringing by her mother. Ayesha did her schooling from St Anthony’s High School, but never went to college as she got modeling offers at a very young age and started her career in the industry. Her husband, Farhan Azmi is a restaurateur and the son of a politician, Asim Azmi, who is a leader for Samajwadi Party. Farhan was a childhood friend of Ayesha. Besides her film career, Ayesha Takia is well known for her humanitarian efforts too. She has spoken in favor of wildlife protection and also supports the vegan organization in favor of animal rights, PETA.

Ayesha Takia started a modeling career at the age of 15 years, when she was featured in the Complan ad with the budding artist, Shahid Kapoor. Next came, a popular music video “Meri Chunar Udd Udd Jaye” by Falguni Pathak, followed by another one called “Shake it Daddy”. Her Bollywood debut came with the fantasy film called “Taarzan: The Wonder Car”, which was released before the first film signed by her “Socha Na Tha”, the debut of Abhay Deol and herself. Ayesha received the Filmfare Best Debut Female award for “Taarzan: The Wonder Car”. This charming actress appeared in a number of films like “Fool and Final”, “Shaadi No 1”, “Shaadi se Pehle”, “Yun Hota to Kya Hota” and “Super”, but none of them was able to make its mark. However, “Dor” a Nagesh Kukunoor film which released in 2006, came as a breakthrough for her and she received great appreciation for playing a young Rajasthani widow from a conservative family. She was honored with a number of awards and nominations for the film, including Zee Cine Critics Award for Best Actress. Another acclaimed performance of this young actress came in “Wanted”, a 2009 release by Prabhu Deva and starring her opposite super star Salman Khan. Her performance in Telugu movie “Super” was also widely appreciated and she was nominated for the Filmfare Best Actress Award in Telugu. After a long break, Ayesha came back in 2011 with a movie called “Mod”, which brought accolades for her. Later, she shifted her focus to television and hosted Sur Kshetra, a musical reality show on Colors TV.