Muslims are very particular about their inventions and discoveries and they teach their students about their inventions and about their scientists. There are hundred-year-old inventions that have been developed by Muslims and it is seen that Muslims are hardworking and they are really dedicated towards their work. Pakistani scientists have made a huge contribution in the field of science and technology and helped the world in reaching the position in which it is today. Some very prestigious scientists have worked for the betterment of the world. Resources in Pakistan are minimal but these scientists have been able to make a name because of their intelligent minds and thinking process.

Some of these greatest and famous Pakistani scientists are listed as under:

Abdul Khan is a nuclear physicist and he has a lot of knowledge about nuclear science and their contributions in different fields. He is also a metallurgical engineer having a vast knowledge about the contractions and the making of metals. Abdul Khan was the man who was behind the invention of Pakistan’s atomic bomb project. He is also known to have made major contributions in the field of molecular morphology and its applications in material physics in the condensed form.

Now a days it is seen that many countries make a record of their development with the increase in human development. The main man behind this concept was Mahbub Ul Haq. He developed the concept of Human Development Index in the year 1990. Since then, countries have been measured in this index and the rates of education and development have gone up increasingly. Countries have been ranked in this basis and this is one of the best measurement that has been found out until date.

Sohail Khan was a physics professor in Loughborough University and he is an intelligent and genius figure who is always in want of doing something new. During his time as a professor, he made a clever lavatory that helped to transform human waste into biological charcoal and minerals. These minerals could be used as conditioner for soil or simply as fuel in cars. The invention was something never thought of before and it also helped to produce clean water. Seeing his inventions, even Bill Gates appreciated his work. He took his career seriously and he is an enthusiastic figure.

Sayed Amjad Hussain is another Pakistani inventor who developed two most beneficial developments – the pleuroperitoneal shunt and a special endothelial tube. His name is huge, he is associated with 17 organisations, 10 administrative positions, and he is also a visiting professor to 12 universities located throughout the world. He also writes medical journals and helps people in giving medical information to people. He is the leader of six editorial boards throughout the world.

He is a medical scientist who published over 150 articles, chapters and books. He was also a psychologist who could read human brains. Most of his research focuses on cancer treatment and traumatic brain injury, which are difficult to deal with. He has done several researches on organs, which can be used artificially. He is the man behind the development of Ommaya Reservoir in 1963. The reservoir was used as the first medical report, which found out the use of silicone, which is self-sealing. 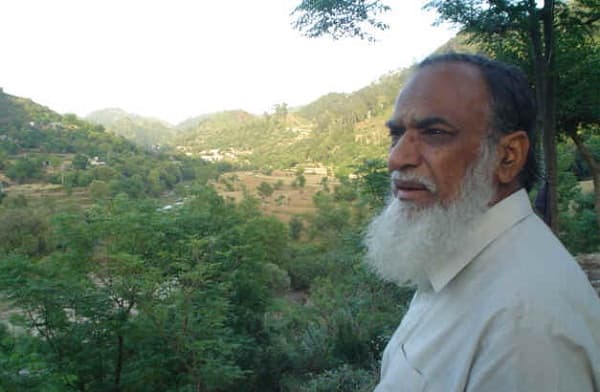 Sultan Bashiruddin Mahmood is a nuclear scientist and he is also a part of the Atomic nuclear bomb formation Commission that was set in Pakistan. He is an important figure in the Energy Commission. There were many nuclear water plant leaks, which led to the destruction of nuclear bombs. That led to the development SMB to look into the defects of the heavy water leaks. He has given some interviews in the Pakistan Local channel from where information can be found out about him.

Abdus Salam was a physicist and on top of that, he was a theoretical physicist who was renowned because of the research papers on electroweak unification in the year 1979. He won a Nobel Prize for his contributions in the field of Physics. He is the first Pakistani scientist to have won a Nobel Prize.

Naveed Zaidi is an organic chemist who was the man behind the making of the first plastic magnet that functions at the room temperature. He along with some of his colleagues developed the plastic magnet after four years of hard work.

He was the first ever scientist who developed the technique to connect brain cells to a silicon chip. According to his research, he estimates that science fiction Machine Men in another 10 to 12 years. He is the one featured in Time Magazine and at present, he is a professor and Head Department of Cell Biology and Anatomy.

These brilliant scientists have shown tremendous works in the field of science. They have made Pakistan proud.