Samajwadi Party is the regional party in Uttar Pradesh, its main base is in Uttar Pradesh, with considerable presence in Karnataka, Bihar, Uttarakhand and Madhya Pradesh. The party claims to be a socialist democratic party and speaks for the upliftment and economic  progress of the minorities, especially the other Backward Classes and the Muslims.The Samajwadi party abides in the footsteps of the great writer and great parliamentarian Ram Manohar Lohia. In the first three decades following independence, both communists and socialist parties have a strong base in Uttar Pradesh, these forces represented opposition to oppression by the landowning upper caste. The collapse of the congress party in the late 1980’s created room for the shift from class to caste and communal politics in Uttar Pradesh. In the early 1990’s the Samajwadi Party emerged from the Janata Dal as a party representing the backward classes. For a brief period of time the Samajwadi Party was viewed as a party that stood for secularism and social justice.

Position in state and National Politics

The Samajwadi party was providing support to the United Progressive Alliance without joining it till the 16th general elections. It contested the 2009 general election in alliance with the Rastriya janta Dal and the Lok Janashakti Party of Bihar. It is currently thirteenth largest party in the parliament. In general elections 2014, it won only 5 seats. In West Bengal, West Bengal Socialist Party of Kiranmoy Nanda had merged with Samajwadi Party . The Party has two MLAs in Bihar and one each in Karnataka, Madhya Pradesh, Maharashtra and West Bengal. 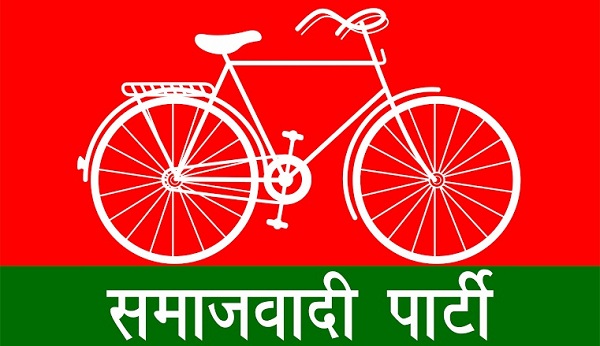 The Samajwadi Party though started with a socialistic idea, in the years turned out to be a Family centric party, with the national  president Mulayam Singh Yada’s  son Akhilesh being the Chief Minister, his wife Dimple Yadav who is a member of the parliament and ShivPal Yadav ( Brother of Mulayam Singh Yadav) who is a key strategist and PWD minister. There is a said to be some hostile situation between Akhilesh Yadav and Ramgopal Yadav that triggered tensions in the party when Akhilesh Yadav depriving his uncle ShivPal Yadav, of his portfolios.

Here are 10 Interesting facts about The Samajwadi Party.

#1. It was formed in October 1992 in Lucknow by the then defence minister and a veteran leader Mulayam Singh Yadav, the Samajwadi Party was one of many political parties that were formed from the split of the parental organisation Janata Dal.

#2. The electoral symbol of the party is the Bicycle, it is usually drawn on a red and green bi coloured flag, it symbolises the true spirit of the party the march of the party towards the overall progress and development of the various communities of the state.

#3. It is the only party that stood up for the North Indian migrants to Maharashtra, who were being targeted by the Shiv Sena in the last decades of the 20th

#4. The Samajwadi Party is one of the strong opponents of the Babri-Masjid demolition, and it severely criticised the BJP directed demolition of the Babri- Masjid. The party every maintains that day as a Black Day in the history of the country.

#5. Samajwadi Party was a traditional party till 1996, with its basic organisational structure in rural and semi urban areas. However, after Amar Singh joined in 1996, Political Connections, Glamour, Bollywood, network with Industrial houses and bling was brought to the party.

#6. The now chief minister of Uttar Pradesh and an elected member from the Samajwadi Party is the youngest CM ever.

#7. The Samajwadi Party is the third largest party in the 15th Lok Sabha.

#8. After more than six years the Samajwadi Party expelled Amar Singh, later it unanimously declared him as its candidate for Rajya Sabha, one of the perfect examples of the funny and ever-changing alliances in politics.

#9. The Samajwadi Party has ruled Uttar Pradesh state twice in the past two decades, in the terms 1992 and 2002.

#10. Akhilesh Yadav, the Chief Minister from Samajwadi Party has inaugurated or laid the foundation stones of projects worth more than rs 75,000 crores.

The upcoming Uttar Pradesh elections are crucial to the Samajwadi Party in light to the instability in the party, the agenda of the party is to work towards the welfare of the farmers and the upliftment of other backward classes and minorities. Other promises made are free electricity and irrigation to poor farmers. The Party also announced ‘a special recruitment drive’ to induct Muslim youth into state’s security forces and offer a grant of 30,000 rupees to Muslim families where girls have passed class ten. The party also promises to set up a quota over and above existing Scheduled Castes and Scheduled Tribes. The new face to the Samajwadi Party Akhilesh Yadav and his developmental schemes would help the Samajwadi Party to once again come into power amidst the uncertainties in the party.