David Dhawan is a noted film director in the Indian film industry, who is known to have an amazing flair for comedy and is the king of his genre of movies, which is comedy, comedy and comedy. His nineties movies with Govinda have been considered as landmarks in this genre in the history of Bollywood. 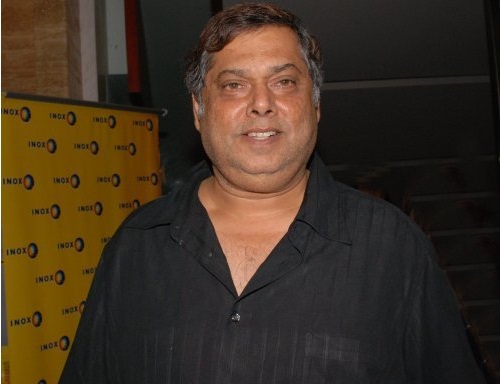 Income Source: After starting off as an editor in Bollywood, David Dhawan made huge sums of money by delivering a number of hit comedy movies during his career. He has also been a part of some television reality shows, such as Nach Baliye 3 on Star Plus in 2008.

Marital Status: David Dhawan is married to Karuna Dhawan and has two sons, Rohit Dhawan and Varun Dhawan, both of whom have made their successful careers in Bollywood today.

David Dhawan was born in Agartala and his father was a bank manager by profession. His brother, Anil Dhawan is also a noted actor and after his early education, David too, joined FTII to sharpen his acting skills. However, having realized that he did not hold much promise as an actor, David switched over to film editing. Actors like Suresh Oberoi and Satish Shah were his batch mates. His elder son, Rohit is a film director, while the younger one, Varun, is doing quite well as an actor in the industry.

David Dhawan started his career in Bollywood as an editor, but later moved over to direction as he gained more experience. His directorial debut came in 1989, with movies like “Aandhiyan”, “Taaqatwar” and “Gola Barood”, but real recognition came his way with the success of Govinda starrer family drama “Swarg”, which was released in 1990. Then came hits like “Shola Aur Shabnam” and “Bol Radha Bol”, but he realized his ultimate forte in Bollywood, when he did his first comedy flick with Govinda in the 1993 super duper hit “Aankhen”. There was no stopping the duo after that, and they delivered hit after hit with their Midas touch, in films like “Raja Babu”, “Coolie No 1”, “Hero No 1”, “Deewana Mastana”, and the list is endless. This was the golden period of comedy in the industry. He also did some hit films with the super star actor, Salman Khan, which includes names like “Judwaa” and “Partner”, out of which the later was a phenomenal hit, grossing over Rs 300 million in the country as box office collections during its opening week. The film again starred his lucky mascot, Govinda in a comic role. At times, David was criticized for the use of double meaning dialogues and lyrics in some of his films, but the fact remains that he was loved by the audience all over the world. Besides making a number of successful films for the masses, David has been honored by a position on the board of Asian Academy of Film and Television and Asian School of Media Studies.