One of the major issue that the world is facing is that the forests of the planet are being washed-out quickly. This problem is known as Deforestation and it not only brings a change to the environment but also to our planet. Deforestation is cutting down the trees for extracting wood to be used for manufacturing furniture, building houses and for paper.

Deforestation is also the major reason for the land urbanization for making more and more space for the humans to survive by actually abolishing the habitation of flora and fauna. Lots of exotic species are now on the verge of extinction because of this. Dealing with the problem is now an international issue and several countries are now coming up with certain solution to help in such a condition. But it is not only the forests which are depleted, there are bigger impacts of deforestation which can’t be even quantified. First and foremost being the atmospheric change, followed by loss of wildlife, hydrological problems, climate change and soil problems.

Trees are very much resourceful by absorbing the harmful greenhouse gases and keeping the temperature lower and these trees also help the earth in absorbing water and reducing the number of floods. But cutting down trees has such cataclysmic consequences for human beings now and even in the future.

But the question is that where is the planet losing the most trees?

At number 10, we have Laos with the Deforestation Rate of 5.3%. The reason Laos made it to this list if the excessive logging in the country which is existing since 1980s. Besides, medicinal trees are also there in the rice and diverse jungle areas due to which it becomes more prone to deforestation. These forests and their trees keep the soil fertile and with so much of deforestation, the soil corrosions probabilities also increase manifold.

Portugal has been in this list at number 9 with the deforestation rate of 5.6%. From the past few years, Portugal is enduring the consequences of deforestation. And if this trend continues the years to come, there could be rapid changes in the climate and also we may lose food and water supply and also we are progressively moving towards global warming which has now become a much larger problem for earthlings.

If the reports are to be believed, it is known that the people of European countries have major environmental health problems. In the past 10 years, Sweden’s tree span has reduced substantially and currently the deforestation rate is 6.2%. It goes without saying that the trees are responsible for providing the entire planet with oxygen without which life will no longer exist on earth. If the trend of deforestation continues at this rate, then surely we are moving ahead to the inevitable death of the Earth’s atmosphere which is keeping all alive.

Finland is known for some amazing natural sightseeing places in the world. Though this country has been making efforts to conserve its forests by prevent deforestation, it still ranks at number 7 with the deforestation rate of 6.4%. Which is because some forests are still unprotected and loggers are making money from these regions.

Nicaragua is not only Central America’s largest country but also the 6th country with highest deforestation rate. At 6.9% this country is now enduring a huge number of environmental and ecological problems. Pollution, Land disputes, water shortage and environmental problems are rampant here as the government nothing to control these.

After the Vietnam War, Cambodia was once among the top 3 nations with the highest rate of deforestation. Currently at number 5, with the deforestation rate of 7.1%, Cambodia is now slowly and gradually making its barred land into fully grown forests. Everyone knows that the trees absorb the water from the land and atmosphere, and then it evaporates to the sky above in the form of vapors. With deforestation, the rain becomes more intermittent especially in the areas it is needed the most. Hydrological problems come as a complimentary problem along with deforestation.

Devastation from heavy rainfalls, hurricanes and fewer trees to protect the people is the scenario at Guatemala which has the deforestation rate of 8.2%. There have been incidents reported wherein people drowned in the mud pools created by heavy rains. With increased deforestation, soil erosion has also increased as the tree which used to retain the water are not existing anymore and in turn it made the soil more prone to causing such muddy pools.

At number 3, we have Indonesia which is one of the bigger countries of South East Asia. The past few years displayed a great reduction in forested areas and most of the country’s once forested land remains barren. It is becoming an issue as there seems to be no sign of the deforestation slowing down. The deforestation rate reported is 8.4% which is 3rd highest.

Paraguay ranks at number 2 with the deforestation rate of 9.6%. The flora and fauna of this country is unexplored and assorted so much so that if deforestation happens in this country, we will have no trace of the animals and plants that ever lived this country. The Gran Chaco located in western Paraguay is known as one of the largest subtropical region in the world and is ranked at number 2 after the Great Amazon. 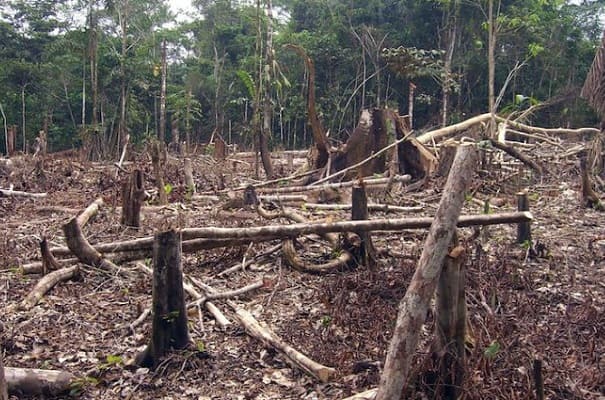 With the deforestation rate of 14.4%, Malaysia ranks at number 1. The reason behind this is the financial stability this country has got through logging. This country is blessed with lush green tropical forests and they are getting cut down every day to support the demands of the users. The Malaysians realized the consequences of this act but still logging continues to be one of the major activity there and the country gets benefitted from it.

Forests have been playing an essential role in fighting rural poverty, warranting food security and providing societies with means of support. And more so we are benefitted by the vital environmental facilities such as water, clean air and oxygen and also the trees hold the soil to protect us from landslides and erosions thus battling the climate changes, therefore the conservation of our planet’s biodiversity is the moral responsibility of human beings. Many countries which have a lot of trees have lesser air pollution. So many beautiful sights of the planet are created by nature and therefore now all the countries are taking steps to eradicate this problem but the major thing to do as of now is to protect our forests and use the many resources sustainably that they offer us. Only then we can succeed in dropping the effect of climate change and encouraging ecological progression. 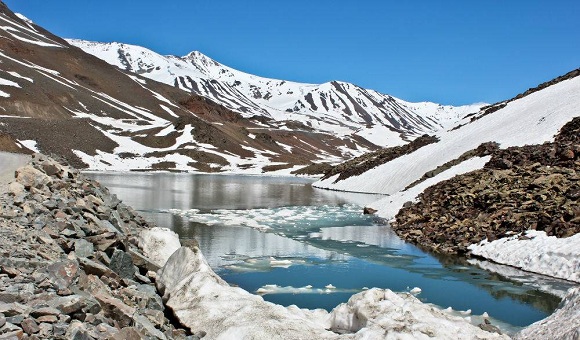