Cancer is a deadly disease in which certain abnormal cells grow in an uncontrolled manner. There are approximately 200 types of cancer and they are begin in our cells. As per the basic mechanism of the body, old cells die and new cells are produced all the time to keep the body functioning well. But in the case of cancer, the old cell doesn’t die and instead starts growing abnormally. And forming more and more abnormal cells. These cells initially form tumor which is a mass of tissue formed because of these extra cells. As a matter of fact, not all tumors are cancerous but all cancers are formed because of tumors. Cancer can happen to any person of any age and of any gender.

The main cause of this disease is the abnormal chemicals and certain toxins present in the environment which is very helpful for the infection to spread and also can change the DNA of the normal cells. These are known as Mutagens as these cause major DNA mutations which is the main cause for cancer. The other causes include the unhealthy lifestyle and obesity. Treatment of cancer is possible but only in the early stages. If the diagnosis is done in the later stages, there are rare chances of survival.

In comparison to many countries of the world, Slovenia has the extreme amount of cancer patients with approximately 296 people per 100,000 people. Majorly the lifestyle plays as important role and this is why more and more people are now suffering from this disease. Most prevailing cancer type is breast, lung, Colon, skin and prostate. This number is expected to increase and mostly men are suffering from this deadly disease.

The Netherlands has the 9th highest cancer rate in the world. With almost 304 people suffering per 100,000 people, the cancer has risen incredibly in the past few years. With almost 30% deaths caused due to cancer, this number is expected to rise up to 50% in the year 2025. Mostly people in Netherlands suffer due to their excessive consumption of liquor and most prevalent form of cancer is the lung cancer and the prostate cancer.

At number 8, we have South Korea with almost 307 people suffering per 100,000 people. Mostly stomach cancer is the commonly prevailing form of cancer as the cooking items and methods are known to increase the risk. Mostly in Korea people prefer to have their meat and fish broiled and stewed which is shown to be risky for the body. It should rather be pan fried. Also they use pickled vegetables instead of fresh vegetables which again is quite risky for the body. The people are however now gaining insight on the same and are now getting accustomed to new ways to cook.

At number 7 of the top 10 countries, Ireland has a record of over 307 people suffering from cancer per 100,000 people. Lifestyle is one of the major reasons for the cancer here which includes smoking and drinking liquor. These numbers are also on the rise as almost every 2 minutes a person gets diagnosed with cancer in Ireland. The most commonly found cancer disorders are breast cancer, lung cancer, bowel cancer, prostate cancer and skin cancer.

After Ireland we have United States of America where approximately 318 cases per 100,000 people are diagnosed. Majority of people suffer due to unnecessary and excessive consumption of alcohol and smoking and most importantly the stressful lifestyle. Besides people eat fast food, are extremely obese and have an unhealthy way of living. This is a major issue that the nation is facing as of now and therefore the government is taking many steps to inculcate the habit of healthy living in the residents.

Number 5 on the list we have Norway which has almost 318 people suffering from Cancer per 100,000 people. Mostly breast cancer, prostate cancer, lungs cancer and colon cancer are common in Norway. The population of Norway is huge and therefore more and more prone to infections and other disorders. Mostly people are diagnosed at 70 years of age.

Number 4 on the list is Belgium with around 321 people per 100,000 people. Mostly Breast cancer is prevalent and common in Belgium and it is growing every day that it has not become a threat to the nation as mostly people from the age group of 35 to 50 are diagnosed. Mostly people smoke and consume alcohol which is a major reason for this disease. As many as 15000 cases are diagnosed in the year 2016 and at the ratio it is multiplying, it is expected that this number shall reach 70,000 by the end of the year 2025.

With the 3rd highest number of people which is almost 323 people per 100,000 people are suffering from cancer in Australia. Lung and breast cancer is majorly prevalent here and now more and more cases of skin cancer or the Melanoma are coming forward due to which the Australian Government has taken some bold measures such as they made it mandatory for people to use the sun block creams and hats while working outdoors.

Second highest number of people suffering from cancer are in France. Almost 324 people per 100,000 people are suffering from cancer in France and the major reason for that is the excessive smoking and drinking habits of French people. Besides, prostate cancer is another common form of cancer prevailing in France. Breast cancer is one of the leading cause of cancer related deaths among French women and the numbers of prostate and breast cancer are increasing every day. 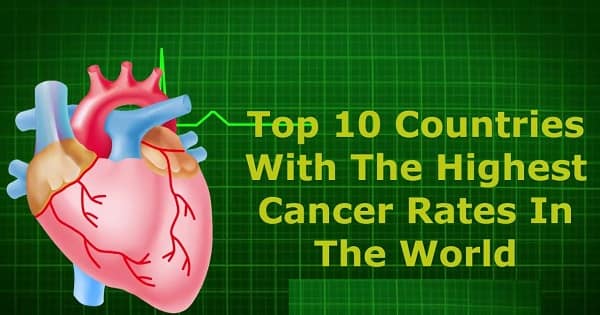 At number 1 slot we have Denmark which is known as the Cancer Capital of the world. Even though Denmark is a developed country still almost 338 people per 100,000 people suffer from cancer. So much to say but Denmark has some of the state of the art facilities for Cancer patients but still the number has only increased in the past rather than falling down. The primary reason is the high consumption of alcohol and cigarette smoking.

Cancer is indeed a terrible illness and needs a quick diagnosis or else the infection can spread to the other parts of the body as well. Among 200 varieties of cancer the most common are prostate cancer, lung cancer, breast cancer, Melanoma and Colon Cancer. It is important to get rid of impurities that we consume on daily basis and if a person wants to be healthy then exercise along with healthy eating habits must be incorporated in the routine and this should be made a lifestyle to be followed for entire life. In countries where more and more organic food substances are consumed are known to have lower cancer rate as compared to other countries which majorly consume the processed food. Educating the farmers is also important as just to increase the yield of their crop production they end up using the substances which are extremely loaded with toxins. These may actually increase the productivity but at the cost of the consumers. 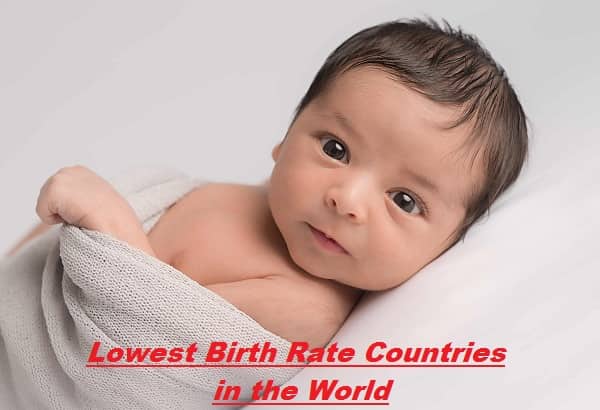