The atmospheric condition is deteriorating everyday as the activities of human beings have resulted in extreme carbon dioxide emissions. These human sources have actually disturbed the balance of nature as it existed hundreds of years back when the technology was not that advanced. Other major reason of carbon dioxide emission is deforestation. We all know that trees inhale the carbon dioxide and release the oxygen but if th0065re are no trees or less trees, carbon dioxide will prevail and it will be very harmful for the living beings in the times to come.

Tenth number on the list of countries with the highest annual carbon dioxide emissions is Canada with the rate of 1.54%. This emissions has grown extremely in the last 20 years primarily due to the mining and gas and oil production and also the emissions from vehicles. However there are a number of drives also being run to reduce these emissions from heat production utilities and pubic electricity. These emissions are kind of greenhouse gases which get trapped in the earth’s atmosphere majorly because of fossil fuels burning and due to which the earth’s temperature is increasing, sea levels are rising and lot of climatic changes are happening. This is leaving a deep impact not only on the environment but also on the health of an economy and human beings.

At number 9, we have South Korea with 1.71% of carbon dioxide emissions in a year again due to burning of fossil fuels and gas flaring. As of now South Korea is the fastest growing emitters and even the climatic changes are happening very rapidly here. Until and unless this country move towards improvement of energy efficiency and service sector more and more emissions will continue to happen. The Greenhouse gases are creating an impact in the climate and it is very much dangerous for the residents.

Iran ranks at number 8 with 1.76% annual carbon dioxide emissions and it is raising at an alarming rate. It is now the time to start what the international business community is doing and that is to define a specific and a sensible strategy for decreasing the emission of carbon dioxide. Production of petroleum products and crude oil account for almost 50% of these Carbon dioxide emissions, which are linked to the increased change in the climatic conditions.

As of now Germany stands at number 7 in the list of top 10 countries with highest Carbon dioxide emissions. Germany will have to work really hard in case they want to reduce to effect of these emissions as the primary raise in the emissions are due to demand of electricity and also they have started using coal which has shot up the numbers. So now Germans are planning to stop using coal and start using the renewable sources of energy. Which is expected to help immensely with the carbon dioxide emissions.

With almost 3.5% of annual carbon dioxide emissions, Japan stands at number 6. Due to the nuclear disaster in 2011 where the nuclear power plants shuttered down, the Government is now forced to bring a drastic change in plans to eliminate the carbon pollution. Greenhouse gases and the carbon emissions are a major deterrent to an economy and now the Japanese are gaining more and more insight on the same and therefore introducing sources of renewable energy and more projects of energy saving.

After the collapse of Soviet Union, the emissions fell greatly but now Russia stands at 5th place in the top 10 countries with higher emissions of carbon dioxide in the world with 4.88%. Russia is a chief producer of gas and oil but now they are adopting strategies to trim the emissions. More plans of energy conservation, and export natural gasandoil.

At number 4, we have India with the emissions of 6.81% which are primarily due to the deforestation and the effect of greenhouse gases. Besides India is now emerging as a growing economy therefore more and more energy is being utilized due to which the rate of carbon dioxide emissions is soaring high. Indian Government also needs to carve out plans so as to reduce this emissions as they will be extremely harmful for the people in the times to come.

With the rate of 9.62% European Union stands at number 3 in the top 10 list of highest Carbon Dioxide emitting countries of the world. All the bigger economic powers like Germany, United Kingdom and France have seen huge increase in their carbon dioxide emissions in a span of one year. The industrial activity dropped a bit in the year 2009 due to which the emissions also dropped but now it has come up again and raising at a modest pace, leading to greenhouse gas emission as well as harm to the major economies in the long run.

With almost 15% of the carbon dioxide emissions, the United States stand at number 2. Under the administration of President Obama, the carbon pollution has been reduced down from what it actually was until a few years ago. In the times to come, US is getting more and more determined to have lesser emissions so as to save their economy’s health as well as the resident’s. 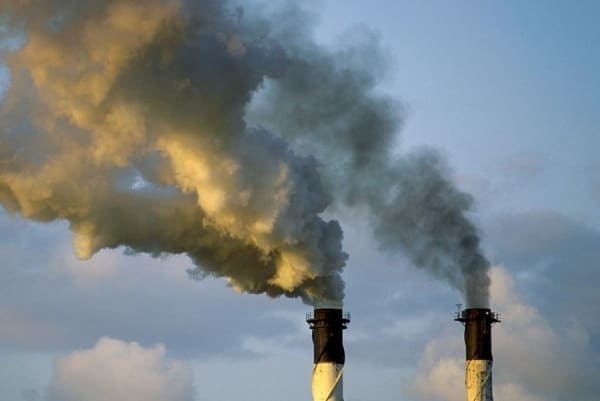 About 30 percent of global CO2 emissions are credited to China and it is nearly twice the amount emitted by the United States. China’s economy is enormously dependent on fossil fuels for the production of steel and electricity and also China was quite reluctant to set strong targets for emissions which still continue to rise even though at a lower rate.

In general, more rise of the carbon dioxide emissions are seen in the developed countries and the newly emerging economies. We can reduce these emissions by finding equitable and effective solutions so that the future generation has resources that they need for their survival and most important the climate change. It is one of the major problems that this world is facing as of now along with deforestation and more and more actions and solutions are being implemented by the government of various economies to survive in the long run. It is highly imperative that a solution be adopted by the economies as urgently as they could or they are leaving the fate of the world in a jeopardy.

How Do You Write A Great Thesis Statement?