The Indian Constituency insists that the State governments are responsible for Health in India rather than the Central Federal government. Each state ensures that the nutrition and standard of living of the people are improved and a healthy living is ensured throughout the country. India being one of the developing nations is the cradle of many health related issues such as Malnutrition, High Infant Mortality Rate, Poor Sanitation, Rural Health and Female Health Issues. Though there are a lot of obstacles India is striving hard to reach a Healthy Living state through various measures. The Government of India along with various health institutions and Corporate companies are enforcing Health Programmes to improve the standard of the people’s lives.

Let us look at the Top 10 Health Programmes in this article.

In the current world it is understood that workplace is the major cause of the employee’s health. The stress caused at work is considered to be the major cause of deterioration of a person’s physical and mental health. Apollo Life’s wellness program is developed by top medical professionals and it comprises of Medical History, Lifestyle, Fitness, Nutrition, Stress and Exercise.

In the olden days mental hospitals were the destination of psychiatric treatments. It has changed in the current world due to the revision of National Health Policy and the implementation of NMHP in India. This scheme aims at providing mental health services by organizing workshops and counseling for people at various stages of life. District mental Health Programmes comes under NMHP which provides mental health services under the particular district thus reaching a lot of people.

Cancer is one of the major health problems in India. 40% of the cancers in India are related to tobacco usage. The goal of NCCP consists of 4 major activities. The first goal is to educate the people on the hazards of tobacco usage. The next goal is the early detection of the disease and diagnosis by screening and self diagnosis. The third goal is to build the treatment facilities and the final goal is to provide a calming environment during the final stage of the illness.

Tata Consultancy Services believes in healthy employees give better results. They engage in regular health screening of their employees as poor health leads to decreased output. They have physical activities to reduce obesity which is the major cause for various chronic diseases. They also have sleep management and stress management sessions which helps their employees to lead a healthy lifestyle.

Giving importance to health should start from childhood. This can be ensured only in the school environment. Introducing health programmes in India have started early from 1909. Present day SHP makes sure that the school children are given medical examination periodically, vaccinated annually and given workshops on healthy eating and living.

NLEP was launched in 1981 to eradicate the problem of leprosy. Due to the fear of the disease and several other organizational issues the programme couldn’t reach its target until 1996. Later there was a global project supported by World bank which went a long way in eradicating the disease to 99%

Tuberculosis is an ancient disease. No drug or treatment was available for TB until 20th century. Until then only healthy food, fresh air and dry climate was suggested for the disease. Later BCG vaccine was invented and there was a hope to cure TB completely. The invention has evolved with the years and now TB is controlled to a great extent. RNTCP was designed in 1992 along with World Health Organization (WHO).

Pilot phase of National Programme to control Diabetes, Cardiovascular disease and Stroke was started in 2008 with the mission of achieving healthy population and to change the misconceptions regarding the diseases concerned. The objectives of this programme are to prevent, diagnose and if deducted to manage the disorder appropriately.

2. National Programme for Control of Blindness

National Programme for Control of Blindness was launched in 1976 with the mission to reduce the condition of blindness in the country. Their goal is to promote the awareness of eye care, to emphasis the importance of preventive measures and to expand the research facilities of ophthalmology. They also aim to reduce the backlog of blindness through various stages of treatment and quality care.

NVBDCP was formed to control the vector borne diseases like Malaria, Dengue, Filariasis and Chikungunya as these are the main health problems of India. Various services are done at the State, District level and each Primary Health centre in the country is responsible for the health of the area. Operational research, treatment depot and drug distribution is done by these centers. 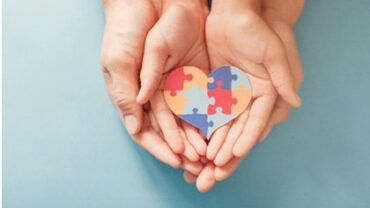