Aryan Khan is the son of famous Bollywood Badshah Shahrukh Khan and Gauri Khan. Aryan Khan had his first guest appearance in the movie Kabhi Kushi Kabhi Gum playing the toddler Rahul, son of Jaya and Amitabh in the movie.

By looking at Aryan Khan any one can identify that he is the son of Shahrukh as his style and jaw line is same as his dad. 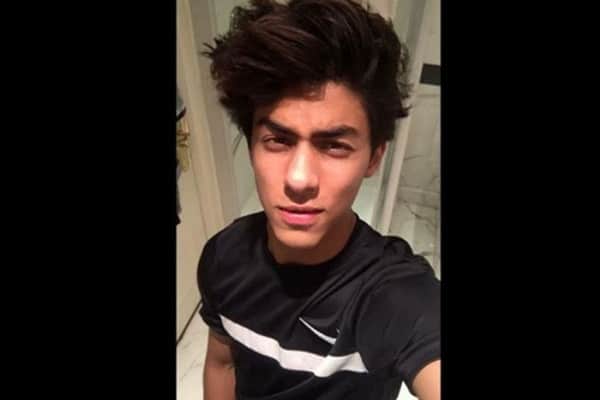 Net Worth: Not known as he is yet to start a career for himself. He is still a student
Income Source: Not Available
Real Name: Aryan Khan
Nickname: Aryan
Age:  21 years
Date of Birth:  Born on November 13, 1997 (In Breach Candy Hospital, Mumbai).
Height: 5’ 8’’
Weight: 60 kg
Marital Status: Unmarried

As we all know Aryan Khan is son of Sharukh Khan who is a Bollywood actor. His Zodiac sign is Scorpio. Aryan has two siblings Suhana and Abraham. Aryan Khan hobbies are Taekwondo, Dance, Music and Traveling. He won gold medal in Maharashtra Taekwondo competition. He has a good physique and is a black belt in Taekwondo. He is also a lover boy and has many girl fans. Aryan also has a knack of a gymnast. His gymnast activities in Instagram proves he is a hard worker just like his dad.

It is rumored that Navya Naveli who is the granddaughter of Amitabh Bachan was classmate and girlfriend of Aryan Khan while they were studying in London. Aryan loves his siblings Suhana and Abraham and ensures he protects them as a big brother.

Aryan Khan is yet to make a major debut in Bollywood. He is still studying in California and will start earning once he chooses to establish himself in the Indian Film Industry.

Aryan Khan studied at Dhirubhai Ambani International School at the Bandra-Kurla Complex in Mumbai. Aryan moved to London for graduation at the Sevenoaks school. Aryan Khan’s first debut film was Kabhi Kushi and Kabhi Gum as a little young child of Jaya and Amitabh. He has won the award for best dubbing child voice artist for cartoon movie Hum Lajawab Hain.

Currently Aryan Khan has enrolled in University of Southern California-Los Angeles for further studies. Aryan Khan has his own house and a BMW car gifted by his dad Shahrukh.

The total net worth of the car and house is close to 6 Crore Rupees. Aryan is very active in Instagram and has approximately 440,000 followers.