Anushka Shetty is a popular South Indian actress, who has made her mark in the Tamil and Telugu movies, because of her exceptional beauty and immense acting talent. Today, she is amongst the highest paid actresses down South. 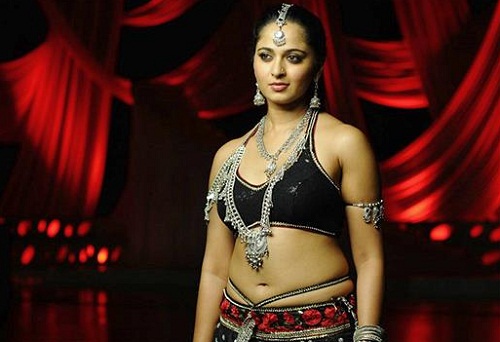 Marital Status: Currently single, but there are rumors that she is planning to get married soon. She has not disclosed the identity of her boyfriend, but it is believed that he is not from acting background.

Anushka Shetty was born in Mangalore and Prafulla and A N Vittal Shetty are her parents. She was raised in Bangalore, where she graduated in Computer Applications from the prestigious Carmel College. She was a trained yoga instructor, before she stepped into the films and soon climbed the ladder of success in the South Indian film industry. Today, she is one of the richest actresses in South India. She is also one of the most popular faces for brand endorsements in this part of the country. She also has a very clean and professional image. She is very careful about keeping her personal life away from media and has not made any disclosures about her relationships.

Anushka Shetty started her career as a yoga teacher, during which she got an offer to act in films and she readily grabbed this offer. She made her film debut in the 2005 Telugu movie, “Super”, which featured top actors like Akkineni Nagarjuna and Ayesha Takia, along with her, and she was able to make her mark despite the presence of these noted stars. Her Tamil came with “Rendu”, in which the star actor R Madhavan played the male lead. Soon, Anushka was able to cement her position in the industry by delivering hit after hit, with acclaimed movies like “Don”, “Singam”, “Singam II”, “Arundhati”, “Billa”, “Rudhramadevi”, “Vaanam” and “Deiva Thirumagal” in her kitty. Her brilliant performances brought a great deal of commercial as well as critical success for the actress. The extraordinary portrayal by the actress in the fantasy film “Arundhati” earned her the prestigious Nandi Special Jury Award and Filmfare Best Actress Award. Another Filmfare Best Actress Award was claimed by Anushka Shetty for her film “Vedam”, followed by Vijay Award for Favorite Heroine for “Vaanam”. She was also acclaimed as one of the 50 most desirable women in 2012. Her extraordinary looks, beautiful face, charming personality and versatile acting makes Anushka Shetty one of the most sought after actresses in the Tamil and Telugu film industry. Anushka has a promising future in store for her in the industry and she has a long way to go.