Allu Arjun is one of the richest and most acclaimed lead actors in the Telugu film industry and has got a film background in his legacy.

He is regarded amongst the most stylish South Indian stars today, with a massive fan following all over the South. He is appreciated as much for his good looks and dancing skills, as he is for his acting prowess. 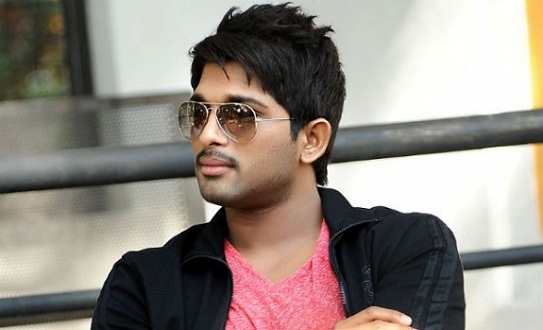 Income Sources: Allu Arjun has made a good deal of money from his acting career. He has tried his hand at film production too, with a short film called “I Am That Change”.

Allu Arjun has acting running in his blood, as he comes from a prestigious film family, with his father Allu Aravind, being a renowned film producer and also a politician while his mother Nirmala is a homemaker. He is also the grandson of Allu Rama Lingaiah, the well known comedian in the industry. Allu Arjun pursued his school and college education from Hyderabad, following which he went to Mumbai for formal training in acting. He is married to Sneha Reddy since 2011 and the couple has a son who was born in 2014.

Allu Arjun was interested in acting right from the beginning and performed as a child artist in a movie called “Vijetha” and later a dancer in “Daddy”. After getting acting training from Kishore Navneet Kapoor in Mumbai, he made his career debut with the film called “Gangotri”, which did good business. In fact, it was able to complete 100 days at more than 100 centers, making a great debut for this young actor. He went on to prove his versatility in the industry by playing diverse roles in movies like “Arya”, “Happy”, “Desamuduru”, “Race Gurram” and the list goes on and on. He is much loved because of his dance moves and action thrills. Allu Arjun has become one of the most sought after actors in Tollywood, after having bagged three Filmfare Awards for the Best Telugu actor, along with two Nandi Special Jury Awards and a CineMAA Award for Best Male Actor. 2015 was a lucky year for Allu Arjun as three of his movies “Race Gurram”, “Rudhramadevi” and “S/O Satyamurthy” received 500+ million shares, making him the first actor to get this honor. As a result, he has earned a place on the top 50 Forbes India Celeb list for 2015. Besides making it big as an actor down south, Allu Arjun has also shown his flair for social awareness, for which he has acted in and produced a short film called “I Am That Change”, which is meant to generate awareness in the society.

Whether it is comedy, drama, action or dance, Allu Arjun is an actor par excellence, who excels at all aspects of film acting and this has been proved by the awards and honors he has bagged during his remarkable career.