Ahmed Khan is a leading Bollywood choreographer. He is involved with other aspects of the industry like directing, acting, producing, writing as well. Mr. Khan initiated his journey as an assistant in Anjaam. So far he has done many flicks. Ahmed Khan is pretty active these days on small screens as well with popular dance based shows like DID Little master. He is going strong since 1987. 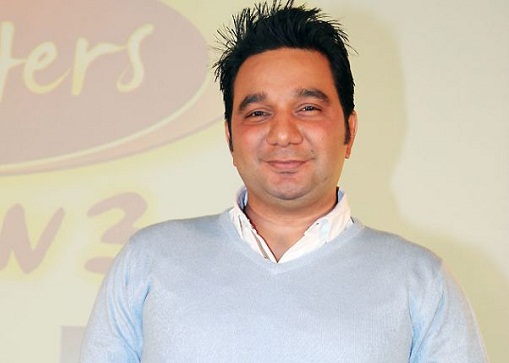 Net Worth: About 20 Crore

Income Source: Ahmed Khan is a busy name in tinsel town. His prime source of income is choreography. However, he is pretty much in to other jobs like Producing, direction, and script writing as well. He has worked with most of the leading actors. Recently, Ahmed was seen on the sets of upcoming movie Bajrangi Bhai Jaan starring Salman Khan directed by Kabir Khan.

Marital Status: Ahmed Khan is married. His wife’s name is Shaira, and both have two sons, Azaan and Subhaan.

Shahid Kapoor is a good friend of Ahmed Khan. Both have done many films together, and Ahmed has choreographed Shahid in many flicks. Ahmed Khan is an alumnus of ‘The Bishop’s School’, Pune. He has a brother Bobby Khan. Ahmed’s father is a horse jockey and knows well many bollywood celebrities. Shekhar Kapoor spotted Ahmed in a party and offered him a child role in Mr. India.

Anyway, Ahmed Khan is said to be one of the luckiest person in tinsel town. He has narrowly escaped from death. He had done a shoot at the twin tower just a couple of days prior September 11. Another such occasion was when he cancelled booking a room in the hotel just a few minutes prior that was destroyed completely in Tsunami.

Khan’s first appearance was as a child actor in Raakh. He has done a similar role in Mr. India as well. However, Ahmed Khan is more successful in choreography as he has given steps for popular flicks like Rangeela, Ghajini, Taal. The recent in the line-up is super hit Kick. His stepped in to direction through Lakker starring John Abraham in lead role. Apart from this he has done a comedy movie Fool and Final with Shahid Kapoor. Apart from this, Ahmed Khan is the producer and script writer of Paathshaala having Shahid Kapoor in main role. He dragged most attentions for choreographing flawlessly the popular song Shakalaka baby. Apart from this, he has bagged appreciations for choreography in Taal in which Anil Kapur, Akshay Khanna, and Aishwarya Rai were in lead roles. Ahmed Khan is the man to choreograph Urmila Matondkar to the sizzling number ‘Yai re’ in Rangeela. He is said to be closer to Salman Khan. Reportedly, Ahmed Khan is going to be seen in sequel to Mr. India.

Ahmed Khan lives at his residence in Andheri, Mumbai. He lives there with his wife and both sons. He has been seen with a Mercedes Benz.