Shahid Kapoor is one of the most god looking and versatile actors in Bollywood day, who has a great fan following because of his cute face, tones physique and excellent dancing skills. His charming smile has won the hearts of millions around the world. 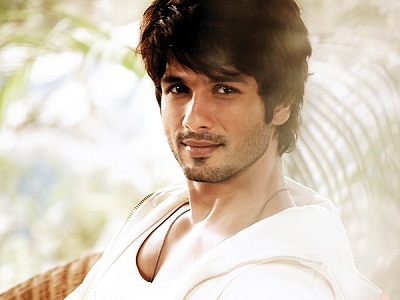 Income Sources: Shahid Kapoor makes whopping Rs 4-6 crore per movie. He also endorses a number of leading brands and has been a part of many commercial ad campaigns since his early days.

Marital Status: Married to Mira Rajput. Shahid Kapoor has been involved with a number of co actresses during his career. He was first linked with Amrita Rao, but it was his affair with Kareena Kapoor, which was really highlighted by the media. After his break up with Kareena, there were rumors about his involvement with actress, Priyanka Chopra.

Shahid Kapoor was born in Delhi and has acting in his blood, with both, his father, Pankaj Kapoor and mother, Neelima Azim being acclaimed actors. His younger half brother, Ishaan Khattar has been a part of his movie called “Vaah! Life Ho To Aisi”. Shahsid started showcasing his talent at a young age only. As a youngster, he was seen in a music video “Aankho Mein Tera Hi Chehra” by Aryans. He had also worked in television commercials, with the Pepsi ad with Shahrukh khan being the most famous of them all. He was a trained dancer at the prestigious Shiamak Davar School and was even featured in his dance troupe in the Subhash Ghai movie “Taal”, as a background dancer. Shahid made big news when his hot kissing MMS with Kareena Kapoor was leaked on the media, but the affair ended soon. This young star is simple, hard working and charming by nature, besides being a devoted workaholic, who does not mind shooting for his movies for night shifts.

Shahid Khan made his Bollywood debut in 2003 by playing the lead role in fresh and romantic movie called “Ishq Visq”, in which he was paired opposite Amrita Rao. The movie fetched him the Filmfare Award for Best Male Debut. He was acclaimed for his performances in movies like “Vivaah”, “Fida”, “Shikhar”, “R…Rajkumar” and “Kaminey”. The milestone movies of his career were “Jab We Met”, a 2007 release and the latest one, “Haider”, which hit the cinemas in 2014. Besides being honored with numerous commercial awards for his performances, Shahid Kapoor has been acclaimed with the prestigious Rajiv Gandhi Award.

Shahid Kapoor is among the richest actors in Bollywood today, who has amasses a huge wealth, including properties and apartments in Mumbai and abroad too. Besides owning a fleet of luxury cars, Shahid is known for his love for expensive sports bikes. He owns a classy Harley Davidson Fat Boy and Yamaha MT 01 and is often spotted on the streets of Mumbai, riding them or driving his cars.