It’s an undeniable fact that there are hundreds of recognized countries all over the world. These countries are way different to each other in terms of land area and the number of population. When these two factors are thoroughly considered, it will result to the population density of a certain country. The big question now is, what are those countries in the world that are most densely populated for the year 2015? Here are the top ten 10 of them:

At the North Atlantic, this British island territory can be found. It also lies on the eastern part of the United States. This is actually the main reason why such island territory can be indentified through its unique American and British culture blend. What’s very amazing in this place are its pink-sand beaches like the Horseshoe Bay and the Elbow Beach. Its population density is 1,237.32.

Malta is just a small size island nation that can be found around the Mediterranean Sea in the continent of Europe. It is composed of 7 beautiful islands. It was way back in 2004 when such country joined the European Union. From that day on, the country continues to progress. Its population density is 1,364.68.

This is an island territory in the Kingdom of the Netherlands located in the southern part of the Caribbean Island. This country has a lot of things to offer despite its smaller land area. Breathtaking beaches, span lagoons, amazing natural landscapes, name and it and Sint Maarten surely has it. 1,379.82 is its calculated population density.

1,818.18 is the calculated population density of this territory that belongs to the continent of Europe, near the Vatican City. Just in case you do not know, this nation is actually a Rome Catholic Church’s ecclesiastical jurisdiction. This is the main reason why the leaders of this nation are Bishops and Cardinals.

This is an island country included in the list of Arab nations, which happen to be the smallest of them all. This borderless country lies within the Persian Gulf. Bahrain is a very successful nation as far as oil and petroleum industry is concerned. This is the main reason why its population continues to rise despite its smaller land area. Its population density is 1,959.26.

In the southeastern China, Hong Kong SAR or simply the Hong Kong City is known to be part of the British colony in the past years. This small nation is a global financial center. Meaning to say, it is a very progressive country in which a number of business investors are flourishing in the business world. Hence, it’s no longer surprising why it has a population density of 6,654.74.

In the southern part of Malaysia, you can find a global financial center known for a multicultural population. This is none other than the beautiful and extremely progressive island city-state of Singapore. Its population density is 8,226.74.

Macau SAR or Macau City is mainland China’s small peninsula near the Pearl River Delta that connects Hong Kong and Macau. Chinese and Portuguese influences are very observable in this place. There’s actually no question about that because until 1999, Macau was a Portuguese overseas territory. Its population density is 22,477.69.

This is one country in Europe that became extremely famous worldwide because of its Grand Pix motor racing competition, yacht-lined harbor, and glitzy casino establishments. Its major district that is constantly visited by many tourists is the Monte Carlo. Its population density is 25,718.15.

These are the top 10 most densely populated countries in the world this 2015. Despite it, these countries are still making their own good reputation today. 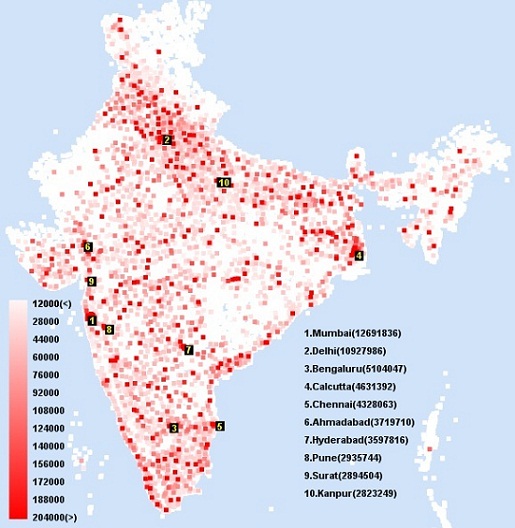