Zoya Akhtar is a Bollywood film director, who has carved a niche for herself in this male dominated genre with her hard work, dedication and immense talent. She comes from the prestigious family of Javed Akhtar, but has done them proud with her own ability rather than using her family name to climb the heights of success in the industry. 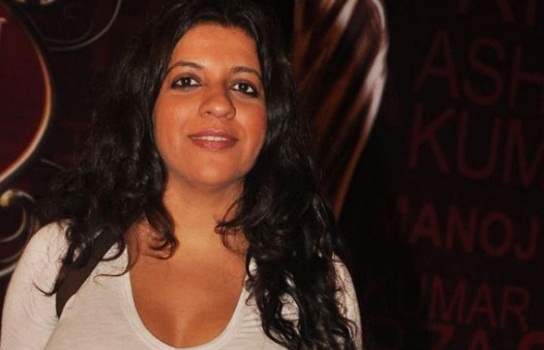 Income Sources: Zoya Akhtar has made a great deal of money from a successful career as a film director and screenwriter. She has also directed some music videos.

Zoya Akhtar was born in Mumbai and haisl from a prestigious Bollywood family, with both, her father Javed Akhtar and mother Honey Irani, being noted screenwriters. Her brother, Farhan Akhtar is also a well acclaimed actor and film director. Shabani Azmi, the well known actress, is her step mother. Zoya did her schooling from Maneckji Cooper and graduated in Arts from the reputed St Xavier’s College in Mumbai. Film making was something which she got as a legacy from her family. Later, as she wanted to make a career in the film industry, she went to New York University Film School to pursue a course in film production.

Zoya Akhtar is a young woman who has proved her mettle in the area which has been dominated by men in the film industry and she has done it really well. As a youngster, she had acted in a movie called “Kamasutra”, in which she played one of the disciples of the main character played by Rekha. She also featured in some TV commercials, including those of Pepsi and Finolex. She then entered the field of direction with a music video called “Price of Bullets”, after which she honed her skills by being an assistant director in hit films like “Laqshya” and “Dil Chahta Hai”. She made her film directorial debut in 2009 with a movie called “Luck By Chance”, which was a mediocre success but established her as a talented actress in Bollywood. Her next movie “Zindagi Milegi Na Dobara”, which came in 2011 got her rave reviews and also fetched her the Filmfare Award for Best Director. She has also been the part of the prestigious project called “Bombay Talkies”, which is a dedication to the 100 years of Indian cinema. Here, she worked with some prestigious directors such as Karan Johar, Anurag Kashyap and Dibakar Banerjee. Her latest venture “Dil Dhadakne Do”, which has been released in 2015 has been commercially successful and has also earned her critical acclaim. She has worked with a big star cast in the movie, including the likes of Anil Kapoor, Priyanka Choprs, Farhan Akhtar, Ranveer Singh and Anushka Sharma. Besides film direction, Zoya has also been the executive producer for the movie called “Honeymoon Travels Pvt Ltd”. Zoya has also been seen on television, on a special episode of “Kaun Banega Crorepati”, along with her brother Farhan Akhtar.