With urbanization and industrialization come a very serious and life-threatening issue which is called as Pollution. It is a matter of great concern and the entire planet is affected by it. The major issues that we are facing in terms of pollution is the water, noise and air pollution. It is going to be very difficult for the future generation to sustain life if the pollution is not controlled and we do not preserve our environment. There are a number of countries which are clean and have little or less pollution. The cost of living is also high in such countries because more and more people want to settle down there. On the other hand, there are such countries where the pollution level is extremely high. It is fatal for the citizens to survive in such countries. Also there are a number of chronic diseases that spread with unclean water and air which the citizens of these countries are enduring. The best measure used to calculate the air pollution is – ug/m3 read as micro grams per cubic meter of air.

With the pollution level of 123 ug/m3, Kuwait ranks at number 10 in the list of top 10 most polluted countries of the world. Pollution is largely caused by the industrial plants and oil refineries. A high rate of citizens suffer from respiratory and cancerous diseases such as asthma, skin cancer and lung cancer. There have been a number of protests against the pollution and some of the plants have been closed down momentarily to improve the quality of air. The government however believes the pollution level is within the environmental standards.

One of the most populous country of Africa and the world with the pollution level of 124 ug/m3. The largest oil producer of Africa is also known for oil spills which have been regarded as worst in the history. The economic development and urbanization of the country has led to a much disorganized planning and there is no method to manage the waste and the pollution levels. Besides, it could easily take 25-30 years to clean the water, eco system and the land.

The 8th most polluted country in the world with the pollution level of 124ug/m3. The life expectancy of Iran has decreased and that is due to the fatal pollutants present in the air such as sulfur dioxide, nitrogen oxide, carbon monoxide and asbestos. These when inhaled can prove to be significantly dangerous for the residents.  Khoramabad is the city affected by worst air pollution. Ahvaz on the other hand has three-times the average pollution in Iran. Basically the gasoline which is very inferior in quality and is also produced locally is considered as the reason of the air pollution. Residents suffer from respiratory diseases and there has been a substantial hike in the number of patients.

At number 7 we have United Arab Emirates with the pollution level of 132 ug/m3. Indeed it is one of the prosperous countries of the planet but it is also one of the highly polluted countries. The most polluted city is Al Gharbia. The government is attempting to solve pollution problems by taking a number of corrective measures such as solar lighting projects and annual car free day.

World’s oldest civilization is Egypt and it is one of the highly polluted countries of the world with the pollution level of 138 ug/m3. The Capital City – Cairo and the Delta Area of Egypt are known to be highly polluted places in Egypt. Most of the air pollution is due to the carbon emissions from the vehicles, factories and burning of wood and coal. The country is struggling with air pollution for a long time and the environmentalists are trying to battle and control the pollution. “Black Cloud” is the pollution which occurs when the farmers burn the rice chaff after the harvest. This is very toxic and accounts for almost 40% of the air pollution in the capital.

The pollution level of Saudi Arabia is 143 ug/m3 making it the 5th most polluted country of the world. Being the largest producer of petroleum, Saudi Arabia’s economy has drastically improved and so are the pollution levels. The emissions from vehicles along with the chemical clouds in the air has led to the rise in air pollution. And when these add to the whirlwinds and arid climate, a lot of respiratory problems break loose.

With the pollution level of 145 ug/m3, Senegal’s pollution is on the upsurge. Mining industry and the emissions from the vehicle are the main cause of the pollution in Senegal. The country is quite developed but the planning is poor. Like other countries affected by pollution, Senegal too has introduced measures to control the pollution.

Number 3 on the list with the pollution level of 198 ug/m3. Cities like Peshawar, Karachi, Lahore, Islamabad and Rawalpandi have the worst quality of air. Majority of which is because of the vehicle emissions. Also the water pollution from the industrial waste and raw sewage is another problem the country is facing. The life expectancy is very low and as many as 80000 people get admitted in hospitals due to various respiratory problems and chronic bronchitis.

With the pollution level of 216 ug/m3, Bostwana ranks 2nd in the list which is concealed by the Kalahari Desert by almost 80%. As on date it is one of the fastest growing economies of the world as it is the largest manufacturer of diamonds. The mineral industry is responsible for the poor quality of air along with the nickel and sulfur dioxide emissions from copper smelting. 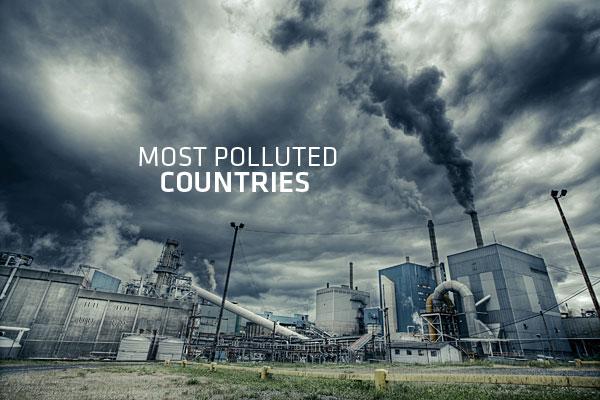 The life expectancy of Mongolia has drastically decreased and this is the effect of pollution and the level has reached 279 ug/m3. Majority of pollution is from burning coal to overcome the cold weather. Darkham and Ulaanbaatar are the most polluted cities of the country. People are suffering from a number of health issues and admission to the hospital are on the rise.

The above mentioned are not the only countries suffering from pollution but there are many more countries where the pollution level is increasing at an alarming rate. This is a major threat to the living beings and therefore steps are being taken to save and protect the nature. It is imperative for people to understand that living in a clean environment creates a healthy life. This is the need of the hour and before it is too late, we need to make earth a better place for living in the times to come. 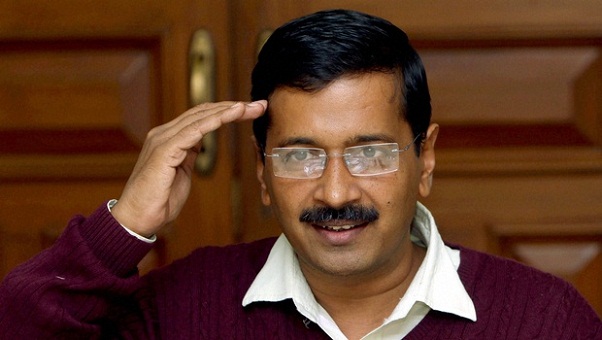