Vinod Khanna is the leading Bollywood actor of the yesteryears, who was regarded as one of the most handsome and stylish actors of his time. He later tried his hand in film production and is now a successful politician. He is a Member of Parliament from Gurdaspur Lok Sabha seat in Punjab. 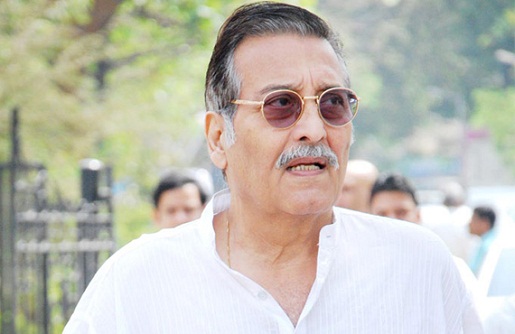 Income Sources: Vinod Khanna has made huge sum of money from film acting. He is now a sitting MP from Gurdaspur.

Marital Status: Married to Kavita Khanna since 1990. He was married to Geetanjali Khanna in 1971 but the couple got divorced in 1985. Khanna has four children, two sons, Rahul and Akshaye and two daughters, Sakshi and Shraddha.

Vinod Khanna was born into a business family in Peshawar in Pakistan. They migrated to Mumbai after the partition and here, he did his early schooling from Queen Mary School., followed by St Xavier’s High School. The family moved to Delhi, where Vinod was sent to Delhi Public School. Again, when they relocated to Mumbai, he was admitted to Barnes School, a boarding school in Deolali. He developed interest in movies during his school days. He got his Bachelor’s Degree in Commerce from Sydenham College. Vinod was married twice, first to Geetanjali, from whom he had two sons. The marriage, however, came to a bitter end when Vinod left his family in India to become a disciple of Osho Rajneesh and serve him in his Ashram based in the US. Later, he remarried Kavita Khanna, with whom he has two daughters. Vinod is a successful politician now, after joining BJP in 1997 and winning the Lok Sabha elections from Gurdaspur on three occasions.

Vinod Khanna has had an illustrious career, with more than a 140 movies under his belt. He started his career as a negative actor in a movie called “Man Ka Meet” in 1968. After this, he starred in a number of movies such as “Aan Milo Sajna”, “Purab Aur Paschim”, “Mastana” and “Mera Gaon Mera Desh”. He got his first break as a lead hero in a 1971 movie called “Hum Tum Aur Who”, aftyer which he proved his caliber in movies like “Mere Apne”, “Hera Pheri”, “Qurbani”, “Amar Akbar Anthony”, “Khoon Pasina” and “Muqaddar ka Sikandar”. He shared the screen space with some big stars in most of his movies but proved that he was not less in any way. Then his career took a U turn when he left the industry in 1982 to become a follower of Osho Rajneesh. However, Vinod made a comeback after some years with a movie called “Insaaf”. Next, he acted in films like “Jurm”, “Chandni”, “CID”, “Lekin” and “Hamsafar”, showing that he had not lost his touch after such a long gap. His latest movies like “Wanted” and “Dabanng” have also been acclaimed.

Vinod Khanna’s assets include a luxurious home in Malabar Hill in Mumbai, along with another one in Kalyan. Additionally, he owns real estate in Punjab and Maharashtra. Khan also has an amazing fleet of luxury cars, which includes a BMW, Altis, Volkswagen Passat, Reva, Mahindra XUV and two Innova cars.