Tujhse Hai Raabta is a popular Indian television show running on ZEE TV for the last three years. This show has an exceptional story which won the heart of thousands of viewers. It has also won famous ZEE rishtey awards twice and Indian telly awards once. Due to the increasing TRP of the show, it also airs on several other channels, such as Tara HD, ZEE Telgu, and Sirasa TV. Here is some other information about this show that you would like to know: 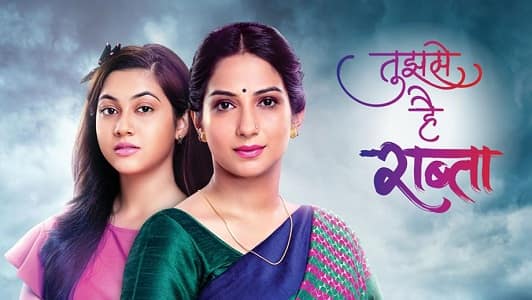 As the name of the show suggests, it shows the purest form of connections between unrelated people. It was first aired on 3rd September 2018. We put it under the genre of drama and romance. If you love to watch shows with emotional bonding between people, there is no better option than going for it.

The lead actress Kalyani has to live with her father’s new wife- Anupriya, after the death of her mother. She lost her mother in childhood. Kalyani and Anupriya have contrasting personalities. Therefore, Kalyani seems too unlike her. However, the responsibility of taking care of Kalyani was on Anupriya. The story changes when Kalyani grows up and falls in love with Malhar, who is already a father to a child. Malhar started to love Kalyani as she, begins to develop a motherly bond with his child within a few days. However, life takes a turn when Malhar’s first wife comes back to create problems between their sorted relationship. The ups and downs of life are shown aesthetically on the show.

The show telecasts at 8:30 to 9:00 pm. It comes on weekdays-Monday to Friday. The approximate running time is 20-22 minutes. You can also view it on VOOT in case you missed any episode.