Trisha Krishnan is one of the most recognized faces in the South Indian film industry, though she has garnered considerable attention in the Hindi film industry too. She is amongst those actresses, who made their modeling career as a launch pad for acting career. Today, she has come to be known as a remarkable actress and has won several awards and honors for her performances. 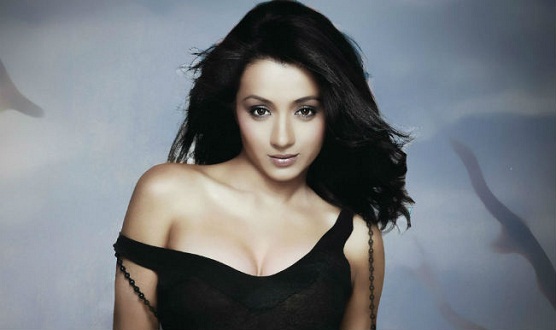 Income Sources: Trisha started her career as a model and has been a part of several print and television commercials. She has campaigned for a number of well known brands such as Scooty Pep+, Fanta, Vivel de Wills and Fairever fairness cream. She later moved over to a successful film acting career. Today, she is one of the most sought after actresses in Tamil and Telugu cinema.

Marital Status: Currently single. Trisha was engaged to a Chennai businessman, Varun Manian early in 2015 but the couple ended the relationship in the same year.

Trisha Krishnan hails from a Tamil speaking family, originally from Palakkad in Kerala, though she was born in Chennai. Her schooling was done from Sacred Heart Matriculation School in Chennai, while she took a BBA degree from Ethiraj College for Women in the same city. It was during these days that she started modeling and later went on to win various beauty pageants, including Miss Salem and Miss Madras. She also participated in Miss India contest for 2011, where she bagged the award for the Most Beautiful Smile. Besides a successful career, Trisha was fully focused on her education as she studied criminal psychology but when she started getting film offers, she decided to give it a shot and managed her shooting schedules according to her classes. Though Trisha was serious about her studies and career, she was destined to become a star which she did. Trisha Krishnan campaigns actively for PETA as their Goodwill Ambassador because she is an animal lover.

Trisha Krsihnan started her career in the beauty industry, winning a number of beauty pageants and bagging some prestigious modeling assignments. She was even seen in a music video called “Meri Chunar Udd Udd Jaye” by Falguni Pathak. Trisha got her first film offer from the acclaimed director Priyadarshan for a Tamil movie called “Lesa Lesa”, a project which was much delayed. She came to the screen in “Jodi”, a 1999 Tamil release which had her cast in a supporting role. Her first movie in a lead role was “Mounam Pesiyadhe”, which hit the cinemas in 2002. Her biggest Tamil hits were “Saamy” and “Ghilli”, while “Varsham” earned her a strong position in Telugu industry. The latter also fetched her Filmfare Best Actress South Award. The year 2010 marked Trisha’s debut in the Hindi film industry, with the movie called “Khatta Meetha”. During her illustrious career in the South Indian film industry, Trisha has made a fair share of fan following, in addition to bagging several awards for her amazing performances.