A country, which is the world’s largest democracy and follows all the rights, has banned few books in the country. The reason being has some content, which is not accepted by the government. These books exploit the rights and also the content is not for the Indians to read it. Most of the books are anti national or are opinionated, which is not accepted by the law. Therefore the government of India has banned these books. Though some of them might be available in other countries but they are not available in India. So if you really want to read these books and find out what they have written and why are they banned and then search for the books you will surely find them in some other parts of the country but India. India has been tolerant with almost everything but there are certain things that they cannot tolerate and the list includes these books, which, were obviously written with a lot of zeal and excitement just like every other novelist who writes their books, but unfortunately they were banned in our country. 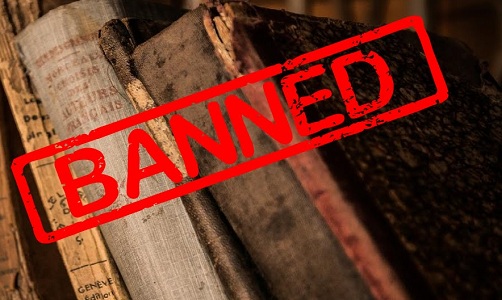 10. The Polyster Prince: The Rise of Dhirubhai Ambani by Hamish McDonald

It is a biography of Dhirubhai Amabni, which was banned even before it got printed. The book tarnished the image of the Ambani family and most of the publishers refused to publish this book and was ultimately banned.

9. An Area of Darkness by V.S. Naipaul

This book written by V.S. Naipaul who was an acclaimed writer, an his book an area of darkness was banned in India as it portrayed India in an objective manner.

She is famous Bangladeshi author and one of the members of Fatwa who wrote a book based on the demolition of the Barbari Masjid in the year 1993. The book was banned because it insulted the Muslim clan and also insulted Islam. Result being banning of the book.

7. The Price of Power by Seymour Hersh

This novel was banned in India as it said Moraraji Desai was a CIA agent. Obviously it has to be banned in the country.

This book is banned in India as it portrayed Jinnah in a radical way rather than showing his evil side. And not just that the book also criticized the policies of Nehru and Sardar Vallabhai Patel and hence it had to be banned no matter what.

Bertrand Russell was an activist and believed in non-violence. His novel unarmed Victory was banned in India because it dealt with the 1962 was between India and China, which India lost. The book is opinionated and also has excerpts from the interview with Jawaharlal Nehru, who talked about the war. And the book also talked about the Cuban Missile Crisis.

4. The Ramayana by Aubrey Menon

You must be wondering why a book on Ramayana is banned in India? But yes, unfortunately it is. The book has a satirical take on Ramayana, was humorous and had a funny take on the epic mythology. Hence the Hinidus of the society couldn’t handle it and got it banned.

This novel spoke about Islam and the religion, the Muslim community called the book harsh on the religions and it spoke about the political Islam and it hurt their sentiments. Hence the book is banned in the country. And they did not stopped their, but got its publisher arrested

2. The Hindus- an alternative history by Endy Doniger

The Book was banned in the India as it portrayed the Indian Gods in a funny way. Weren’t the God also funny when they were alive. Never mind, the Shiksha Bachao Aandolan protested against the book badly and got it banned.

1.  The Satanic Verses by Slaman Rushdie

One of the best writers in the world, his book the satanic verses was banned in the country as it insulted the Prophet. It made the word ‘fatwa’ popular in the community. The book is banned not only in India but in also other countries.