On the date of 8th November our respected Prime Minister took a drastic step against the circulation of fake currency, which is noted to be a decisive decision against black money and also illegal process of demonetizing notes of Rs. 500 and Rs. 100 which would be legal no longer. A clever step taken by government which can be linked to as surgical strike on circulation of black money by the government which included terrorist funding, smuggling activities, and many more fraudulent activities.

According to Reserve Bank Of India in the year 2015-16 around 7 lakhs counterfeit notes were detected in the commercial banks in which 4 to 5 lakhs were in Rs. 500 and Rs.1000.

There will be large fluctuation in the economy, resulting in heavy deflation. As those people who have earned a lot through the illegal activities such as smuggling, corruption now would fear the government and Income Tax department to disclose the black money. Apart from this the economy would also lead to inflation as there are many people who have earned a lot of money through legal activities. When this money will be deposited in the bank there will be fruitful circulation of money and the commercial banks would not have any problem in lending the money to the public in terms of loan.

Let’s take a look at some advantages and disadvantages (pros & cons) of Demonetization:

#1. This step would help the government in fighting against many fraudulent activities. Such as fighting against black money, terrorist funding, smuggling, and fake currency which was the main motive of our Prime Minister. Though banning of 500, 1000 rupees note was not at all a easy decision.

#2. Main motive for banning the notes was, giving a somehow stop to terrorist funding. As the money was circulated mostly in 500 and 1000 rupee notes, due to lack of funds and lack of circulation of money the terrorist funding would get cold for some time at least.

#4. The government announced that ATM withdrawal limit per day will be  2000 rupees only, whereas withdrawals from bank was limited to 10000 rupees a day and 20000 rupees within a week. This step was taken so that it would be easy to government to track the exchange of money as exchange could only be possible by giving a valid identity proof like Aadhaar card, PAN card, Election card etc. However, the ATM restrictions were over in order to cope up with the demand of the cash.

#5. It became difficult for people to hide black money which were mainly in 500, 1000 rupees because banks were informed to share each and every necessary information with the Income Tax Department. So that there will be full fledge track of each individuals account with the Income Tax Department. Since, the demonetization drive, Tax department has sent lakhs of notices to those people who failed to explain the deposited amount. The Tax department has also raided several people in order to seize the cash at house.

#6. This step would help in attracting the domestic investors by increasing the creditability of Indian Real Estate.

#7. Banning of the currency would lead to more and more deposits in the bank resulting in lending of more and more loans without any problem. Hence, interest rates on loans would be cheaper.

#8. A fear would be created in the minds of people for future tax theft.

#9. A proper management in Fiscal Deficit by increase in Income Tax collection. Huge amount of money was collected after the process as part of the tax collection.

#11. RBI has introduced multiple changes ever since and introduced improved and new notes to supply the cash demand. INR 200 note has been introduced, along with the new INR 500 notes and INR 2000 notes. New series of INR 50 has also been introduced by the RBI.

#1. The of 500, 1000 rupees note will show a huge loss in the business as the banning of currency would give stop to the collection of indirect tax. However, the implementation of GST has somehow managed the situation off late.

#2. Common man will have to suffer a lot by running to their nearby banks for the exchange of money. But this will slowly boost the digital economy believe the government.

#3. Disbelief of foreign investors in Indian economy.The impact was seen right after the demonetization as the foreign investment took a hit in the Dalal street.

#4. Threat in the mind of tourists. The tourism industry is gaining its feet back again.

#5. A somewhat loss in the reputation of BJP especially in the minds of common public.

#6. It would surely create problem for half of the population as many of them are not card holders.

#7. This drastic decision would have a more impact on common public like maids, drivers, plumbers who depends upon monthly income or income in cash payments.

#8. Rumours gripped the nation ever since the announcement came. There is a general fear that the government can come bashing at anytime again. However, this may be a temporary impact.

Economic reforms are always challenging. There are many examples of similar situation where the country went out of hand. Venezuela was one of the recent examples. The economist remain divided on this topic. Some say that in the long run, there will be benefits but some are skeptical.

These were some of the advantages and disadvantages which proved to be good for some people and worst for some. If you have any suggestion in this topic please comment your opinion. 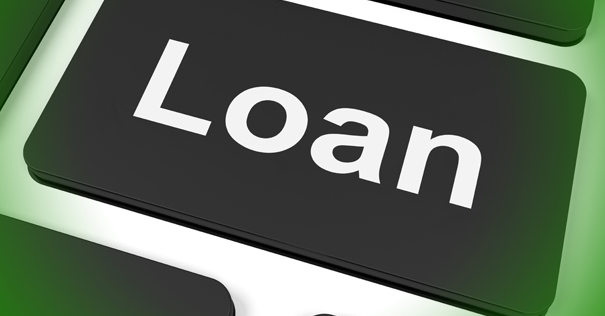