Water is very vital for human life and for all the plants and other living beings. Without water human beings can’t exist because most of the functions are working in the human body with the help of water. But today’s problem is pollution and water pollution is the most dangerous problem which is faced by us and there are list of diseases caused by polluted water.

Below is the list of some diseases that caused by drinking polluted water:

This is the disease caused by polluted water and 12 million people annually affected by it. The patient of this disease feels headache, nausea and loss of hunger.

This is very dangerous disease because there are many patients who lose their eye sight just because of this. And again if safe water is not supplied this disease will attack you and its top hits are children and women. A study shows that 6 million people turned to blindness because of trachoma.

Parasitic intestinal worms can spread through adulterated food and the soil with human feces. Children’s are the most sensitive one and they are at the great risk of intestinal worms and in return they face malnutrition, anemia and slow growth. Study elaborates that about 10 percent of the population having this disease and most of them are children’s. We can prevent our children if clean water and food is given to them.

This disease is faced mainly by African people when they drink water adulterated with larvae. This larvae is grow up to one meter and turn into Guinea worm and lives in the body of human for one year. They caused ulcers in human body.

This disease take human beings to the serious bone disease and it is just because of fluoride which is present in the grounded water. Around 10 million people of 25 countries are affected by it according to a study.

Arsenic which is present in small amount in water caused this disease. It really harms the skin (skin abrasions) and lead to the skin cancer, it also affects your lungs, kidneys and bladder. It is naturally in water so water passed through natural foundations having this.

Poliomyelitis is the infection caused by polio virus. Again it is caused by the polluted water which is passed through feces of the human which is affected by this disease. Paralysis is the most dangerous stage of this disease as it hits the nervous system and in result human become paralyze. So it is very important to provide water through clean and safe sources.

This refers to the virus which create several tumors. It can transmitted through different ways but definitely through water is the most common way. This virus create a number of tumors in human body. 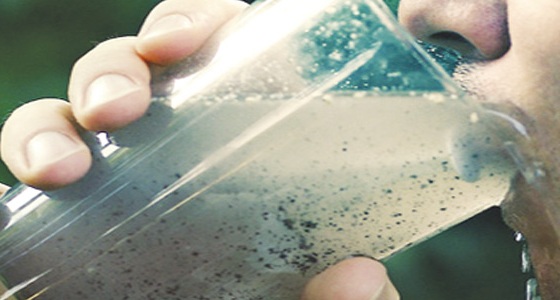 Malaria is caused by biting of mosquitos and they breed in polluted water. So proper sanitation is very important it we want to protect ourselves from malaria because if it is at very serious stage it can cause death.

Water which pass through old pipes contain lead and cause lead poison. This disease of polluted water can even damage human organ.

It badly affects the liver.It spread through dirty water or food and by the direct contact with the affected person.

The common disease due to polluted water. For children’s its very dangerous because it can cause death to them because of severe dehydration.

Another disease caused by polluted water and its symptoms are fever, vomiting, abdominal pain and diarrhea with bold mucus.

This disease is also very common and caused by polluted water and it is called Amoebiasis. The water having amoeba affect large intestine and liver also.

Vibrio chlorae is the bacteria and it cause a disease of small intestine known as cholera. A person having this disease face headache, belly contractions. Diarrhea and vomiting. And this is also caused by the polluted water.

Water is the need of our life without it we can’t live and this is our responsibility to make awareness into the people how dangerous is the water pollution for our life.