The phenomenal progress of mankind over a period of time becomes evident from the development of infrastructure around the world. There are many skyscrapers around the world, which reach to a height beyond imagination, truly living up to the name and touching the sky.

Listed below are the top 16 tallest buildings in the world:

Burj Khalifa in Dubai is unquestionably the tallest building in the world. This magnificent skyscraper was built in the year 2010. It reaches an unbelievable height of 2717 feet and has 160 floors. The building is located in the main business district of Dubai and took nearly 5 years to be completed.

Featuring on number 3 in the list of tallest skyscrapers in the world is the Makkah Royal Hotel Clock Tower in Mecca, Saudi Arabia, a building reaching to a height of 1972 feet. This 120-floor building is the tallest hotel in the world, in addition to holding the record for having the largest clock face in the world.

Lotte World Tower is located in South Korea and believe it or not but Lotte World Tower has 8 more floors than Ping An Finance Centre. That is right, the fifth tallest building in the list has 123 floors and it boasts of a height of 1819 feet. The building was completed in the year 2016. Lotte World Tower has a mixed-use and it provides residential accommodation as well as a hotel for the public.

One World Trade Center is a magnificent structure in the city of New York, which is also known by the name of Freedom Tower. The building, completed in 2013, reaches a height of 1776 feet, replicating the year of Independence of America. It has 104 floors in all.

On number 8, we have another building located in China and this one has the same height as that of Guangzhou CTF Finance Center. The reason why we placed this building on number 8 is that it has 98 floors which are 13 floors less than its sibling. The building was recently completed in 2018.

Standing proudly at number ten in the list of top 10 tallest buildings in the world is Taipei 101 in Taipei, Taiwan, which reaches a height of 1671 feet. This building was completed in 2004 and has 101 floors. This is the venue for the grand fireworks display for national events of Taiwan.

Reaching a height of 1614 feet, the Shanghai World Financial Center in Shanghai, China is the next name to feature on this list. This towering skyscraper was built in 2007 and has 101 floors, including offices, shopping malls and observation decks, one of them located at a grand height of 1555 feet above the ground.

International Commerce Center in Hong Kong comes on the 12th spot among the tallest skyscrapers in the world, with a height of 1558 feet and 118 floors. This is the tallest building in Hong Kong, which was completed in 2010.

Featuring next on this list is the famous Petronas Tower in Kuala Lumpur Malaysia, which stands at an outstanding height of 1483 feet and has 88 floors. The building was completed in 1998. These are the tallest twin towers in the world.

Zifeng Tower in Nanjing, China follows next in this list, standing tall at a height of 1480 feet. Designed by Adrian Smith, this amazing tower was completed in 2008 and houses a large number of offices, retail centers, restaurants and a hotel.

Willis Tower in Chicago comes on the 21st spot among the tallest buildings in the world. It stands at a height of 1451 feet and has 108 floors. Built in 1973, it was earlier called Sears Tower and is one of the most popular tourist attractions in Chicago.

Kingkey 100, a 1449 feet tall skyscraper follows closely in this list. Located in the Shenzhen financial district, this building has 100 floors and houses the famous St Regis hotel.

All these buildings are some of the most famous towers in the world, which catch attention with their great height. 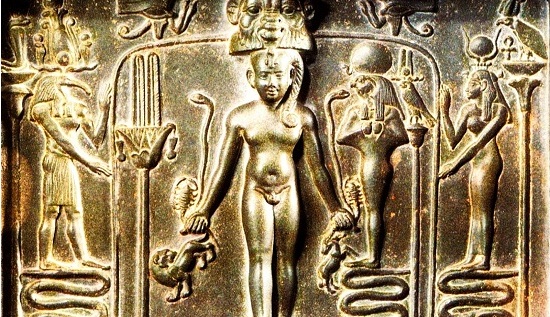