The horror film has been around for the longest time. Let’s face it. Moviegoers love to be scared. Moreover, many countries draw from their rich culture and heritage stories about ghosts, the undead, and supernatural creatures that haunt humans. Indeed, this is the thing of horror films. The scarier a film is, the more pleased the horror film fanatic gets.

This film dishes the 10 scariest Hollywood films of all time. See them all and try not to jump off your seats!

They say that the necessity creates innovative ideas. In this case, it created a horror film classic! This film was made out of a shoestring budget and with filmmakers that have not yet come up with a full-length feature. Nevertheless, the resulting film completely defied expectations – as it became one of the most well-loved horror films of all time. The tale of 5 students unleashing demons while camping still send familiar goosebumps to moviegoers even to this day.

This film revolves around a ballet student who goes overseas to improve her craft. She registers in a German ballet school, not realizing that the school is run by a group of ruthless witches. The film benefits from the director’s stylish mise en scene and the acting of the lead actress is also very convincing and effective.

This is one of legendary filmmaker Roman Polanski’s earliest works and it easily lands as one of the finest horror films of all time. The movie depicts the life of Rosemary, her husband, and their unborn baby. A series of weird events in the house where they recently moved causes her to think that her eccentric neighbors have something to do with the strange events.

This horror film – by far the best in all the Halloween film series – introduces moviegoers to one of the most feared horror villains in history – Mike Myers. It is considered as the ancestor of the slasher film and the gore-filled subgenre of horror movies. Sadly, its succeeding sequels failed to deliver the goods just like the original.

This horror film features an impressive cast led by the divine Sigourney Weaver. A crew of astronauts discover a remote alien spaceship that show signs of life. All of a sudden, a jelly-like creature starts to victimize and destroy its human victims one by one. The film then becomes a scary and suspenseful battle for survival. Who gets to win – humans or aliens?

This film is the predecessor of all haunted house horror films that were shown after it. In the movie, a team of paranormal experts investigate strange happenings inside an alleged cursed house. Things take a turn for the worse when one of them suddenly becomes mentally unstable. The film’s atmospheric style of horror is truly commendable.

Alfred Hitchcock is one of the 20th century’s greatest auteurs. The film has been praised for telling the tragic and horrific tale of Norman Jewison and his mother. Scenes from the film have become iconic and the film itself is considered a classic of the horror genre.

This film about a hotel caretaker driven into madness by an unknown supernatural force has many things going for it. One is the detailed and masterful eye of its director Stanley Kubrick. Second is the suspenseful novel by Stephen King, to which the film adapted its script. Third and most visible of all is the tour de force portrayal of Jack Nicholson. The film is hauntingly superb!

This movie was released ahead of its time. This was an era when Hollywood was still not obsessed with too much gore, blood, and violence. Nevertheless, the movie laps all of these ingredients up and the result is a film that is so scary that it makes you feel very uncomfortable. 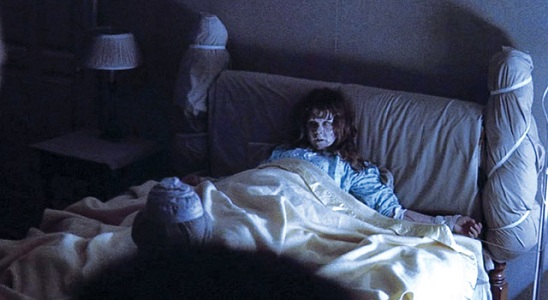 A film about demonic possession is really one for the books and is bound to give you sleepless nights. This is especially true for the scariest film of all time. It features the infamous Linda Blair in that literally head-turning scene that is still vivid in the imagination of many horror fans around the world.