Bollywood is famous for churning out some amazing movies in different genres, particularly in comedy. There have been a number of Hindi comedy movies which continue to tickle the funny bones of the audience years after their release.

Here is a list of top 10 best comedy movies in Bollywood:

“Munnabhai MBBS” was the comeback movie of Sanjay Dutt, which launched him back in a big way. He got the support of superb actors like Boman Irani and Arshad Warsi, who made the movie just perfect with their wonderful comic timing. A fabulous work by directors Rajkumar Hirani, it was followed by an equally popular sequel called “Lage Raho Munnabhai”.

The next name on the list of top 10 best comedy movies in Bollywood is that of the gem of the yesteryears, “Padosan”, which starred veteran actors like Sunil Dutt, Kishore Kumar, Mahmood and Saira Banu. Directed by Jyoti Sarup, the movie will always be remembered for its hilarious song “Ek Chatur Naar”.

“Andaz Apna Apna” brought stellar performances by Aamir Khan and Saman Khan, who were ably supported by Paresh Rawal, Shakti Kapoor, Raveena Tandon and Karishma Kapoor to create this rib tickling fare. The movie was made by Raj Kumar Santoshi.

“Jaane Bhi Do Yaaro” is another unforgettable comedy film of the industry. Loaded with a talented star cast of Naseeruddin Shah, Satish Shah, Om Puri, Pankaj Kapoor and Vivek Vaswani, the movie still induced laughter decades after its release.

One of the best comedy movies in the Hindi film industry is “Chupke Chupke”, a film by Hrishikesh Mukherjee. It had a big star cast, including Amitabh Bachchan, Dharmendra, Sharmila Tagore, Jaya Bhadhuri and Om Prakash.

The fantastic star combination of Akshay Kumarm Suniel Shetty and Paresh Rawal was responsible for bringing around one of the best comedy movies in the country in the form of “Hera Pheri”, which was later followed by an equally hilarious sequel called “Phir Hera Pheri”. The movie was directed by ace film maker Priyadarshan.

Featuring next on the list of top 10 best comedy movies in Bollywood is another Rajkumar Hirani masterpiece called “3 Idiots”. It had great performances by Aamir Khan, R Madhavan, Sharman Joshi, Kareena Kapoor and Omi Vaidya. The movie was a wonderful blend of comedy and emotion, and turned out to be one of the biggest hits of the industry till date.

Another excellent Bollywood comedy is the latest release “PK”, another creation of Aamir Khan-Rajkumar Hirani hit pair. The movie had Anushka Shetty in the female lead and is a comedy with a message.

“Golmaal” is a classic comedy starring the most wonderful comedian of the industry, Utpal Dutt along with Amol Palekar and Deven Verma. It was directed by the comedy specialist Hrishikesh Mukherjee and set new standards for comedy movies in the industry.

Next among the best comedy movies is the superb creation by Gulzaar, called “Angoor”, a film adapted from the Shakespearean work “Comedy of Errors”. Its star cast included ace comedians like Sanjeev Kumar, Deven Verma, Moushmi Chatterjee and Deepti Naval.

Some other well acclaimed comedy movies in the Hindi film industry are “Golmaaal Returns”, “OMG-Oh My God”, “Ajab Prem ki Gajab Kahaani”, “Dulhe Raja”, “Half Ticket” and “Hero No 1”. 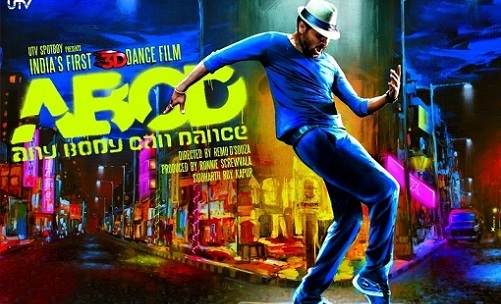