Ramayana is one of the great epics of Hindu mythology, which narrates the story of the victory of the good over the evil. All the characters of the Ramayana Gatha signify a deeper meaning for the human beings. The positive characters in the epic, in particular, inspire human beings to inculcate virtues like goodness, piousness, truth and righteousness in themselves.

Listed below are the top 10 best characters of Ramayana Gatha: 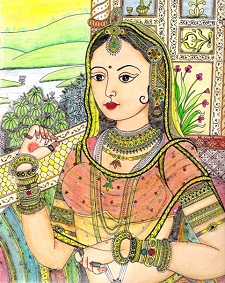 Mandodari, the wife of Ravana, is one of the best characters in Ramayana Gatha because she always tried to dissuade her husband from wrong doings and also, because she wanted to help Sita by saving her from Ravana. 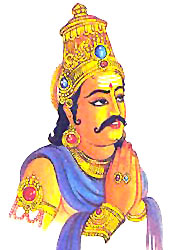 Vibhishana is the brother of Ravana, the evil Rakshasa who abducts Sita. Vibhishana played a key role in helping Lord Rama kill Ravana and win the battle, as he supported the right, instead of favoring his brother and his evil deeds. 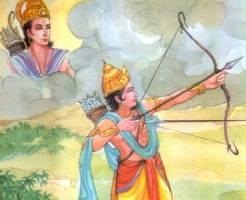 Shatrughan is the fourth son of King Dasaratha, who spent his life helping his brother Bharata manage the kingdom of Ayodhya, while Lord Rama was on exile. He is one of the best characters in Ramayana Gatha because he too symbolizes devotion and righteousness like his brothers. 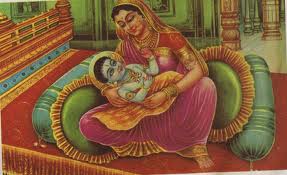 Kausalya is the wife of King Dasratha and mother of Lord Rama. Her greatness can be judged from the fact that she bore no ill will towards Kaikeyi, who was behind the exile of Lord Rama. She loved her step sons Bharat, Lakshman and Shatrughan, as much as he loved Rama. 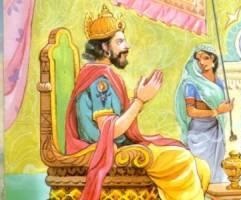 Next among the best characters of Ramayana is King Dasaratha, who is the father of Lord Rama. He never went against his promise and even sent his own son in exile to fulfill it. However, he could not live without his son and died soon after Lord Rama went on exile. 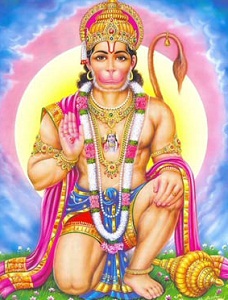 One of the best characters in the Ramayana Gatha is that of Hanuman, the monkey warrior, who is the symbolic of undying devotion towards Lord Rama. From the day he met Lord Rama, Hunuman considered Lord Rama to be his master and dedicated his life in his service. Without bothering about his own life, Hanuman bravely fought against the Rakshasas in the war against Ravana to rescue Sita. He also saved the life of Laksman by bringing the Sanjeevani to revive him. 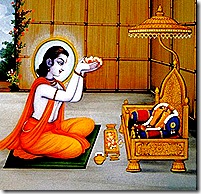 Bharata is another great character from Ramayana. He is the son of Queen Kaikeyi, the third wife of King Dasaratha, who sent Lord Rama on exile, so that Bharat could become the king of Ayodhya. When Bharat came to know of this misdeed, he gave up everything and went after Lord Rama to bring him back. But on refusal of Rama to come back, Bharat decided to manage the kingdom and serve the people till Rama returned, without ever sitting on the throne, as a service to his elder brother. 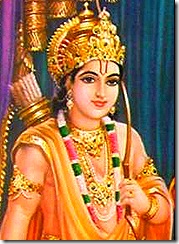 Lakshmana is the younger brother of Lord Rama, who decided to give up palatial comforts and go for exile, along with Lord Rama and Sita, which is the sign of his endless devotion towards them. He gave up his whole life for serving them and is very protective for Sita. Lakshman is also known for his anger and bravery and never stops at anything when it comes to his honor. 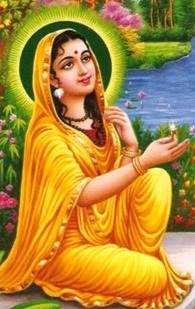 Sita is the epitome of chastity and purity, who will always be an inspiration for every married woman. She left everything behind to follow her husband in 14 years of exile. Despite the torture imposed on her by Ravana, Sita did not give up her chastity and devotion. She continued to show her devotion after her rescue from Sri Lanka, when she went through Agni Pariksha to prove her purity. 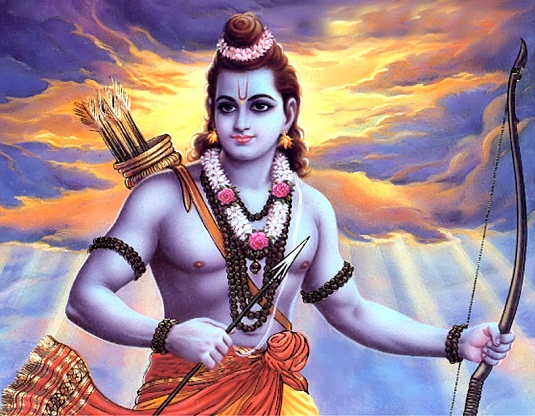 Lord Rama, the incarnation of Lord Vishnu, is the hero of the epic and also the most important character of the story, who is considered as the maryada purushottam (the best among men). He is a dutiful son, a devoted husband, a loving brother, a faithful friend and a dedicated ruler. He never thought twice before renouncing his kingdom and going for exile on the order of his mother. He even sent his wife away when the subjects suspected her purity.

Jatayu, Vashishtha, Sugreeva, Janaka, Urmila and Vishwamitra are some other positive characters of Ramayana Gatha. All these characters give inspiration to men to live a better life.