Special forces are military forces of a certain nation that will handle special operations that have something to do with military, economic, and political issues. The very first special force formed in the world existed during the World War II, and this was a German Special Force.

In relation to this, here are the top 10 world’s best special forces:

Gruppo di Intervento Speciale or simply called GIS is a special force formed by the Italian government. It is under the Italian Carabinieri military police to fight against terrorism happening in the country. It was way back in the year 1978 when the Italian State Police created this special force.

This is a special operations unit that is simply called the MARCOS. This unit was created by the Indian Navy in order to do a lot of complicated tasks that have something to do with counter proliferation, asymmetric warfare, personnel recovery, hostage rescue, unconventional warfare, special reconnaissance, direct action, counter-terrorism, and amphibious warfare.

The GIGN is under the French Armed Forces, and this is tasked to do some complicated operations not only in France, but also in some other parts of the world. Some of its tasks have something to do with hostage rescue missions and counter terrorism. It was actually created after the horrible massacre during the Olympic Games in 1971 in Munich.

This is the primary special unit in Austria that will handle counter terrorism tasks. It was created way back in the year 1978, and it was formed because of the incident happened to the Israeli athletes in the Munich Olympics. Such unit has been well-known in the world since it was involved in rescuing the hostages in the Graz-Karlau Prison in the year 1996.

The JW GROM was created by the Government of Poland in order to fight the rising attacks of terrorists in the country. It was on July 30, 1990 when this special operations unit was born, and it is just amongst the 5 special operations unit under the command of the Polish Armed Forces. This special force is one of the reasons why messing with Poland is something that you shouldn’t do.

The SSG is part of the military force of the Pakistan Army, which is also called the “Black Storks”. This special operations force was formed way back in the year 1951. This unit is actually called “Black Storks” simply because of its “Maroon Beret”, which is a unique headgear each member of the special force is wearing during on their missions.

4. Delta Force in the United States of America

After a series of terrorist attacks happened in the United States, the 1st Special Forces Operational Detachment-Delta or simply called the Delta Forces was formed. It was way back in the year 1997 when this special force was created. This group is a versatile one that can handle some other special tasks apart from counter terrorism.

The German Federal Police created GSG 9 as a special force that will handle the counter terrorism matters that may be faced by the country along the way. It was created and started its operation in the year 1973. The group was also formed because of the incident that happened in the Munich Olympics that put 11 Israeli athletes as hostages of the terrorists.

2. Navy SEALs in the United States of America

It was during the World War II when Navy SEALs was created by the US Government. This special force is also being referred to as the United States Navy’s Sea Air and Land Teams. This is amongst the list of special forces in the US intended for Warfare Combatants.

1. SAS in the United Kingdom 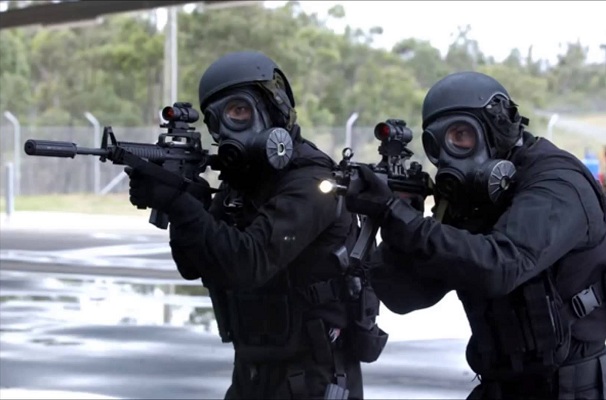 This is a world renowned special operations unit in the United Kingdom that was created in the year 1941, which was also the time of World War II. This is known to be the model of those special forces that are existing in the entire world these days.

These are the top 10 world’s best special forces that you need to know. Without a doubt, messing with these countries and special operations units would be the end of your life.