Syamala is a popular Indian Actress and an Anchor. She started her career with modeling and she soon got an entry in South Indian Film Industry. She has anchored various Telugu TV shows and this was her first step towards a successful career. 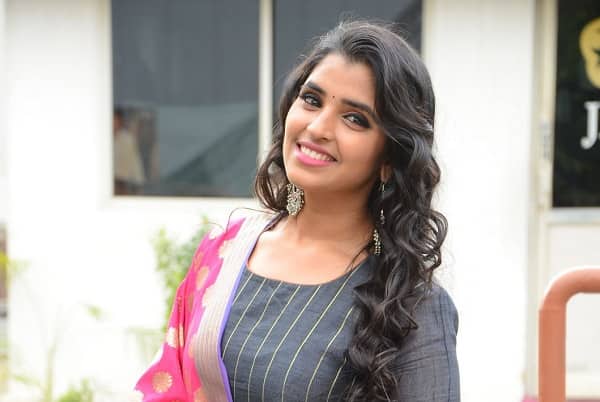 The net worth of Syamala is not known.

The main source of income for Syamala is the fee she receives for anchoring shows and acting in movies.

The real name of this beautiful actress is Syamala.

Syamala has an average height as she is 5 feet and 6 inches tall. In addition to this, Syamala weighs about 55 Kgs.

Syamala is presently married to Narasimha.

The couple got married in 2007. As per the information available, Syamala’s husband is also an actor and he has quite a successful career in Telugu Film Industry. The couple also has a son whose name is Ishan. It is known that he was born in 2017

Until now, Syamala has had a very successful career in south Indian entertainment industry. It is known that she had always been passionate about acting and hence she always wanted to work in the film industry. It was at age of 17 when she decided to participate in a talent hunt show. This was a major platform for her and because of her success in the show, she started receiving offers from TV shows in Telugu Entertainment Industry. Soon, she accepted many offers ad she worked in many shows like Happy Days, Laya, Maa Voori Vanta, Abhishekam and even Pattukunte Pattucheera. She also got a chance to anchor Lakshmi Rave Maa Intiki and this helped her in gaining a lot of fame. In the later years, Syamala also got offers to host many audio shows and host stage shows. She readily accepted all those offers.

She had a successful career until now and she is certainly enjoying all the fame she received because of her amazing work.