Shweta Pandit is a renowned  Bollywood recording/ playback vocalist. She is also an actress, performing artist and songwriter. She is the grand-niece of Indian classical singer Pandit Jasraj.

Along with her performances in Hindi language, she has also performed many popular songs for many other Indian languages like Telugu and Tamil films. 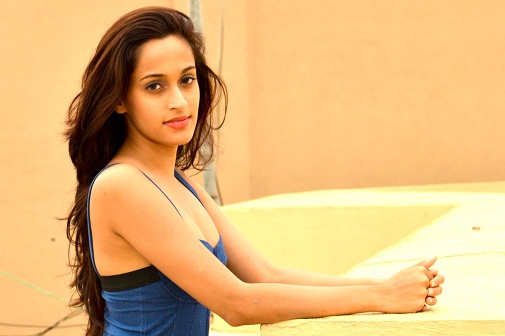 The main source of income for the singer is the income that she earns for singing songs for movies or albums in various languages.

Shweta Pandit was born in Mumbai on 7 July 1986. She completed her basic education from a famous school Utpal Shanghvi School which is located in Andheri, Mumbai. Shweta started her career as a singer at the age of 4 and recorded her first film song; for Mani Ratnam’s Anjali and went on to record a song as a child-vocalist. Then she also dubbed for the lead role for the film in Hindi language.

On starting her career at the age of 4, Shweta then got an opportunity in the year 2000 at the age of 12 to perform with Yash Raj Films and Aditya Chopra’s Mohabbate with five songs. Some of her popular songs are from Ram Gopal Varma’s Naach (2004),  Neal ‘n’ Nikki (2005), Karan Johar’s Kabhi Alvida Naa Kehna (2006), David Dhawan’s Partner (2007), Anees Bazmee Welcome (2007), Sarkar Raj (2009) , “Ladies vs Ricky Bahl” (2011), Dharmendra’s Yamla Pagla Deewana (2011), and, Mere Brother Ki Dulhan (2011) etc. Presently Shweta known as the most popular singer of Telugu film industry located at Hyderabad.  She won the first Filmfare award as a Best Female Playback Singer in 2009 for the   hit song in Telugu language. Shweta also participated in the singing reality show namely Sa Re Ga Ma Pa in 1996.

She got married on 25 July 2016 with Italian Film Producer. Her husband name is Ivano Fucci. She has no kids.

Shweta Pandit is an Indian Brahmin and has hobbies of performing on Stage along with listening to music and dancing. Her father is a famous Tabla player Shri. Vishwaraj Pandit and  mother is Mrs. Swarna Pandit