Top 10 Qualities of a Good Boyfriend

First of all, every woman should understand the fact that there is no such thing as the perfect boyfriend. However, there are boyfriends that would suit a woman and her character; it all depends on what you expect from a boyfriend. Generally, there are some qualities every boyfriend material should possess and which a girl would expect from a man. These qualities might sound overwhelming, but, it isn’t all that rare.

Below mentioned are some of the most common qualities that a good boyfriend should possess. These qualities are something every man should aspire to cultivate in their life.

You could feel the list is incomplete, but, these are the most common qualities preferred by a woman today. One of the most important qualities a good boyfriend should have is the kindness. Each and every woman would want her boyfriend to be kind to her rather than being stubborn.

1. He is an active listener 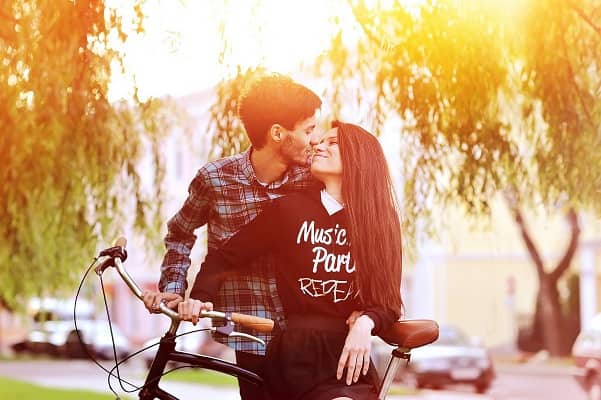 Funny men are attractive and women prefer them over well-preserved man. A good boyfriend is always active and funny. He has a great social life and does not spend his time lonely; he gets along with people easily and always spreads a positive vibe around him. He always creates a fun filled environment and lets her share her funny moments in life. Both the partners should be able to crack jokes and talk without boundaries.

4. He dedicates his time to her

This one of the most important quality of a good boyfriend, a relationship does not survive if the partners cannot dedicate some quality time together. A good boyfriend always spends his time with her and communicates with her no matter what time it is. He is ready to sacrifice his sleep and want to be with you for as long as you want him.

Every woman out there prefers a man who has set a goal in his life and works to achieve the goal. A good boyfriend does not waste his time moaning and crying about how unfair the life is to him. Instead, he appreciates everything he has, works hard, and move on with his work.

6. He compromises with her

7. He makes her to feel secure and loved

A good boyfriend makes you feel secure no matter how bad the situation may be, he pampers you and takes care of you. He helps you overcome any issues in your life; he always lends a shoulder to you. One of the most common issues in a relationship is insecurity, a good boyfriend always try to keep away the sense of insecurity.

8. He wants her to be an independent girl

This generation is all about being self-efficient and independent. A good boyfriend always sends a quality time with you and creates an environment to share each other’s feelings and issues, at the same time he also wants her to pursue her dreams. He always considers his life and her life to be equal and want her to have a life of her own.

A good boyfriend is always a trustworthy guy. He doesn’t give an opportunity to doubt him and always keeps away the insecure feelings. He will communicate with her frankly and tries to avoid lying or keeping secrets. He clearly understands the seriousness of what she tells him and keeps it secure in his mind. She can share anything and everything with him and it will be kept safe. Woman can feel insecure easily and a man should avoid anything that has chances of making her insecure.

A good boyfriend never speaks ill of her in front of his or her friends. He agrees to the fact that both of them are equal and appreciates for the good things she is doing in his life. He also avoids flirting with other woman and respects your feelings.

All the above-mentioned qualities are the common qualities every woman would want in her boyfriend, and of course, she always wants her boyfriend to be the best.

You might find that some qualities are not listed here like good in bed, look good, shop with her, and romantic. These are not general qualities and differ with each woman. It is a personal choice and cannot be generalized. The qualities mentioned above would make a man a good boyfriend and earn the respect from their partners.

How to Sit in Your Office Chair the Right Way?