Poonam Pandey is an Indian model and actress, who made big news in 2012 for her outspoken attitude, when she declared that she would strip publicly if the Indian cricket team won the World Cup 2011. She has been reputed as a hot starlet since that. 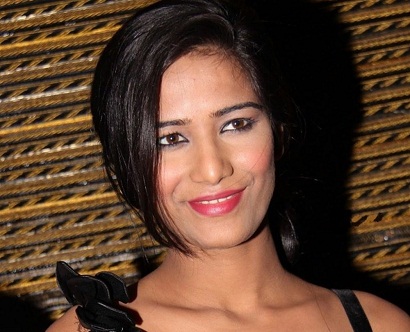 Income Sources: This hot young model and actress has featured in a number of photo shoots for magazines and calendars, which have helped her earn so much. She has also acted in some movies.

Poonam Pandey is a Delhi born model turned actress, who is considered among one of the hottest babes in the B-Town. Poonam has used negative publicity as a way to become a household name, besides receiving a chance to act in Bollywood movies. Moreover, it has led her to become one of the most searched actresses on the net. She is giving tough competition to hot item girls like Rakhi Sawant and Sunny Leone. Though she has not done many movies in Bollywood, she has been able to amass huge wealth on account of her modeling assignments and appearances. She has bought a house in Mumbai and also a luxury car.

Poonam Panday started her career as a model, and she got her big break early, at the age of just 19 years, when she was able to make it among the top 9 contestants in the prestigious Gladrags 2010. This led her on the way of becoming a well known face on the modeling circuits, and she was featured as the cover girl of Gladrags magazine in the same year. Following this achievement, Poonam became a successful calendar girl, with 29 of them in her kitty, including Gladrags Calendar and Kingfisher Calendar. But it seemed that she was not content with the success she received as a model, and she decided to create a stir with a bold statement that she would strip for team India if they were able to lift the trophy of World Cup 2011. But her statement was not materialized due to a prohibition imposed by the BCCI in public interest. However, she did so for the IPL team Kolkata Knight Riders, after they won the IPL 2012, which did the job of fetching her lot of publicity. 2013 saw the launch of the sultry seductress as the leading lady in her first Bollywood venture called “Nasha”. Poonam lived up to her hot image by playing a teacher who has a physical relationship with her student. She was again in the middle of a controversy when the posters of the movie were burnt by Shiv Sena activists in Mumbai on account of vulgarity, as they featured her in nude. She has also done a Telugu movie called “Malini & Co” and is expected to be seen again in a sexy role in the sequel of “Nasha”.