Ponnambalam is a popular Indian actor who mostly works in South Indian Film Industry. He started his career as a fighter but he climbed up the later to become one of the best and the most popular actor in the industry. 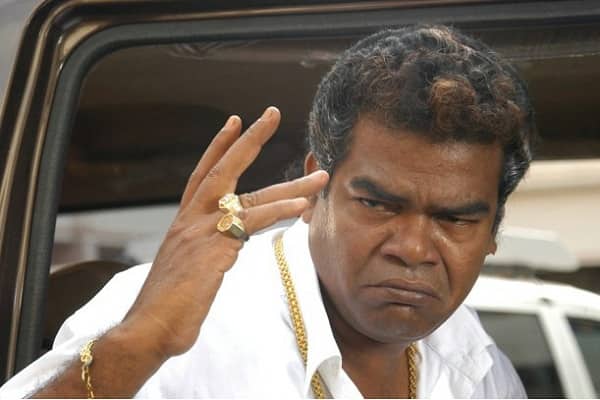 The net worth of Ponnambalam is not known.

The real name of this talented actor is Ponnambalam.

Talking about the personal background of Ponnambalam, it is known that he was born and brought up in Chennai. There is not much of information available about Ponnambalam’s family or education but it is known that he had always been fond of Gymnastics. Ponnambalam was also very keen in sports and he participated in various events in school. Not only this, he was a national champion for high jump in 1984.

Talking about his personal life, it is known that he is married but the name of his wife is not known. Ponnambalam also has six sisters and he had been supporting them since a very young age.

Ponnambalam experienced a high growth in terms of career. He started his career as a stuntman and he got many such small roles. His first success came to him when he received a role of villain in the movie Kabali. With this, he started receiving offers in many movies. The list of the movies he worked in is really long and talking about the numbers, Ponnambalam has worked in over 240 Movies until now. As an actor, he started his career in 1988 and the first movie he did was Kaliyugam. Over the years, he worked in several Tamil, Malayalam and Telugu movies. Some of the recent movies he worked in include Aadu 2, 12-12-1950 and Pei Irukka Illaya.

Ponnambalam had also been associated with politics and he joined AIADMK in 2011. He was associated with them for 3 years before he decided to join BJP. His popularity helps him in fetching a good number of votes and hence he is having a good career even as a politician. He will also be contesting the upcoming elections of 2019.