Navneet Kaur Dhillon is an Indian model and a film actress, who is mostly seen in the Punjabi films. She was also the winner of the Ponds Femina Miss India World 2013, which was conducted in Mumbai and she later represented India in the Miss World 2013. 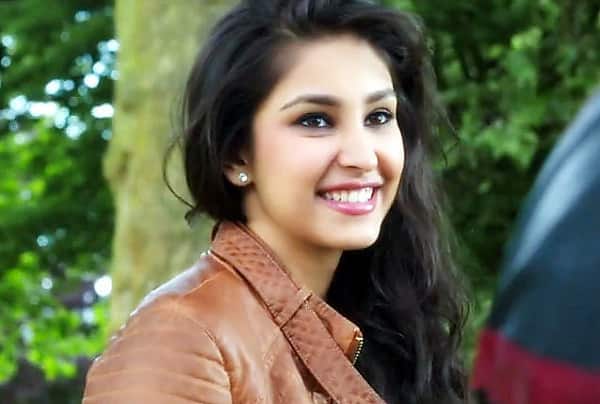 The Net Worth of Navneet is not known.

The main source of Navneet’s income come from Acting and modeling.

Navneet is Five feet and Eight inches tall and she weighs around 55Kgs.

Navneet is currently unmarried as she is too young to get married and especially at the peak of her career. The relationship status of Navneet is also unknown, whether she is dating anyone or not.

Navneet Kaur Dhillon was born on 23 September 1992 in Ambala, Haryana, India. She was born in an Army family where her father was an Army Officer. Navneet studied in the Ambala Cantt, School, during her early educational years and she later settled in Patiala with her family and finished her schooling from the Budha Dal Public School, Patiala. Navneet pursued her graduation in B. Tech in TV and Media from the Punjabi University, Patiala. Navneet is currently living in Patiala in Salaria Vihar, Patiala. Navneet loves horse-riding, swimming, photography, apart from modeling. She is very smart girl and she has a good sense of humor as well. Navneet enjoys watching movies and her favorite films are – Three Idiots, Avatar and True Grit.

Her favorite actors are Adam Sandler, Naseeruddin Shah, Shah Rukh Khan, and Ranbir Kapoor. Her favorite film actresses are Madhuri Dixit and Sushmita Sen. Navneet is a very talented actress and her journey from being a model to an actress was incredible.

Navneet became Miss India in the year 2013 and she was also crowned with Femina Miss India Timeless Beauty. Navneet is very concerned about the Social evils, Child labor and woman empowerment. If given a chance, she would like to take care of it and change the society for a better place. Navneet was also the adjusted winner amongst the top 11 finalists in the Miss India Chandigarh, and she was also crowned with the Pond’s Femina Miss Glowing Skin. Navneet before becoming the Miss India, participated in the I Am She in the year 2012. She did not win the contest but her grooming in this contest helped her to take part in Femina Miss India, which she won. Navneet was also very interested in acting in the Bollywood films and she made her debut from the film Love Shhuda, in the year 2016, where she played the role of Pooja Mishra. The movie did relatively okay. Her next film was a Punjabi debut film called Ambarsariya, where she played the role of Jasleen Kaur. Navneet third film was a Telugu debut film, called- Ekta. Navneet’s upcoming film is a Punjabi film called Jaani, where she will be starred opposite Gippy Grewal.

The details about Navneet’s cars and properties are unknown.