Countries like India are making a shift from Primary Sector to Secondary and Tertiary Sector and this has certainly increased the pace of development in these nations. Today, every country has an industrial city which is the main source of revenue for the county.

In addition to this, these industrial cities have already been developed to a much higher degree.

As per an analysis, all the industrial cities have been sticking to some of the other sector-based industry. These industries can be classified into 5 major categories which are Shipbuilding, Electronics, Automobile Industry, Arms Industry and Oil and Gas. Some of the cities may just have one of these sectors because of the resource availability while other cities may have industries based out of multiple sectors.

Let us now have a look at the top 10 most industrial cities in the world and you can check if your city is also present in the list.

Tokyo is a city in Japan and it is also one of the most populous metropolitan areas in the world. In addition to this, the Tokyo alone has a population of over 13 Million. Talking about the GDP of the city, the total GDP of Tokyo is around USD 2.5 Trillion. Tokyo is also the hub for the finance sector along with transportation, electronics, publishing, and broadcasting industries. The growth has slowed down in last few years but Tokyo still managed to claim 10th position in this list.

Next on our list is Shanghai in China. The city has experienced a high growth and it is also one of the largest transport hubs in the world. Shanghai is also known as the most populated city in the world. Talking about the GDP of Shanghai, it is approximately USD 477 Billion and the population of the city is approximately over 24.2 Million. Apart from being a hub for the transportation, Shanghai is also a financial hub. Shanghai port also has a reputation of the world’s busiest port in the world. In addition to this, there are many other heavy industries in Shanghai which belong to the automobile, shipbuilding, and electronics sector.

On number 8, we have Mexico City in Mexico and the city has a GDP of USD 411 Billion. In addition to this, Mexico is also one of the fastest growing economies in the world. The government of Mexico is presently trying to move the industries out of Mexico City so as to ensure that the city doesn’t get polluted.  The city has a large secondary as well as service-based sector.

Istanbul in Turkey comes on number 7 and the city has a GDP of USD 301 Billion. It is also one of the fastest growing economies of the world and Istanbul alone accounts for 27% of the total GDP of Turkey. The city has a wide industrial base of the automobile and electronics industry and in addition to this, the city also has industries for olive oil production and tobacco products. These sectors play a major role in generating revenue for the city as well as the country.

Next on our list is a Russian City and the name of the city is Moscow. The city has a high GDP and the primary industry in Moscow includes chemical industries, food and textile industries, machinery industry, metallurgy industry and energy production industry. The city also has arms production industry and this enables Russia to export arms across the world. There are also several industrial zones on the outer peripheral of the city and all those also accounts for the GDP of the city.

On Number 5, we have Karachi in Pakistan and there is no doubt about the fact that the city is highly industrialized. Karachi accounts for USD 113 Billion as this is the GDP of Karachi and in addition to this, Karachi has huge ports. Apart from this, Karachi also has many industries dealing in heavy machinery, chemicals, cement, Steel, and Textile. Almost 30% of total industries in Pakistan are present in Karachi.

Jakarta is a city in Indonesia and it is also the capital of Indonesia. The GDP of the city is USD 438 Billion and it is certainly one of the highly industrialized cities in the world. Jakarta also depends on banking and financial sectors apart from the manufacturing sector. Most of the industries in Jakarta are located in a western and eastern zone with a separate area for each type of industry

Next on our list is Mumbai and the GDP of Mumbai is over USD 368 Billion. This is more than the GDP of many countries on this plane and Mumbai is also the financial hub of the country. In addition to this, the industries in Mumbai are diversified as you have almost every sector in Mumbai. There is a very well established industry for leather and textile goods, entertainment industry, and even electronics industry. Mumbai is also known as Alpha World City.

San Paulo is Brazil is able to secure the second rank in our list and the city has a GDP of USD 477 Billion. The city has a well-established financial sector and it also has a huge industry for luxury goods. The city is home to many high-end luxury brands and this contributes a lot to the GDP of the city. In addition to this, the city also has a well-established tourism industry. 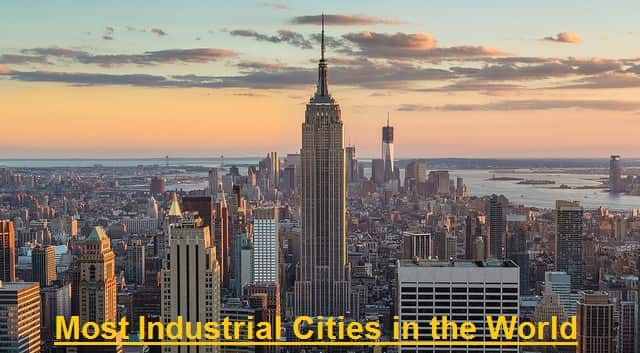 Seoul is a city in South Korea and it has a GDP of over USD 407 Billion. The major dependency of Seoul is in the manufacturing industry and the large labor-intensive industries have been replaced by assembly lines which are quick. Today, the city is home of the manufacturing hub of many electronic giants like Samsung and LG. in addition to this, the city also has a well-established automobile industry and it is a home of brands like Kia and Hyundai.