As on date there are almost 30 countries which are operating on Nuclear Power Plants. While most of them are situated in East and South Asia, North America, and Europe. While US is the biggest producer of Nuclear Power, France is known to generate the most electricity by the Nuclear Power Plants. Though it was expected that more and more nuclear reactors would be set up in order to generate the electricity but eventually after a few disasters it was decided to put this decision on hold. China is known to have to most nuclear reactors. There are more than 28 reactors in the kitty of China and many new others are also being constructed in Russia, South Korea and India.

Let us find out the top 10 nuclear power producing countries of the world.

At number 9, The United Kingdom has 15 nuclear reactors which are operational. The major and operating power stations are Dungeness B, Hinkley Point B, Hunterston B, Hartlepool, Heysham 1 and 2 and Torness. It is the responsibility of the state to have the waste removed and maintain the environment of the country. The United Kingdom is known for the first civil nuclear program of the world which was set up in 1956 in Calder Hall, Windscale at England. Almost 30% of the electricity was then generated through these nuclear power plants. Eventually, the restrictions were put after a few accidents which cost millions.

With 4 nuclear power plants and 15 nuclear reactors, Ukraine stands at number 8. Almost 50% of the electricity production was done through nuclear power and as a matter of fact it consumes almost double the energy as consumed by Germany. Energoatom is the major energy supplier in Ukraine which is owned by the state and has all the four active nuclear power stations under its control.

The first of its kind nuclear power plant came into being in the year 1969. However, now with the phase out of nuclear power, the generation and the consumption has reduced considerably. Nuclear power has been a subject of constant political struggle and of course it has its own disadvantages. Owing to a number of nuclear disasters all over the world even the big shot of Germany – Siemens – has completely withdrawn itself from the nuclear industry.

Ontario in Canada is responsible for the generation of the most nuclear power as out of 19 nuclear commercial reactors, 18 of them are located there. These reactors are indigenous type and use the pressurized heavy-water reactor technology. As a matter of fact these are being exported to Pakistan, India, Argentina, China and Romania.

South Korea stands at number 5. The electricity generated in Korea with these nuclear power plants is about 22% and the consumption is about 29%. By the end of 2021 more and more reactors are expected to be in place giving rise to the nuclear power industry in Korea. There are a number of projects going on in Korea.

Almost 18% of electricity in Russia was being generated with the nuclear power until 2012. This figure has now risen to 23% and expected to reach 25% by the year 2030. The number of operational nuclear reactors in Russia are 59 whilst some are in construction as well. In the past, Russian government has invested a lot to see the growth of the nuclear industry. One of the most significant power plant of Russia is Akkuyu Nuclear Power plant.

China stands at number 3 as 3rd largest country producing nuclear power. As many as 37 nuclear reactors are operating in China. The usage of nuclear power has substantially increased in the past couple of years. There may be additional reactors coming in in the future. In China, nuclear power has been looked at like the alternative to coal as the concerns are increasing and lot of environmental degradation is also expected with usage of coal. Most of these nuclear power plants are located on the seashore and make use of the sea water as the coolant.

Almost 75% of the electricity of France is derived from the nuclear energy. It ranks on number 2 in the list of top 10 nuclear power producing countries of the world. The main electricity distribution company of France Électricité de France takes hold of almost 58 power reactors to generate the electricity. This company is owned by the French Government. This country has actually set up goals for others to achieve. With less Carbon dioxide emissions, energy is being provided at a very economical rate to the residents. It is nothing less than a success story in terms of nuclear power. 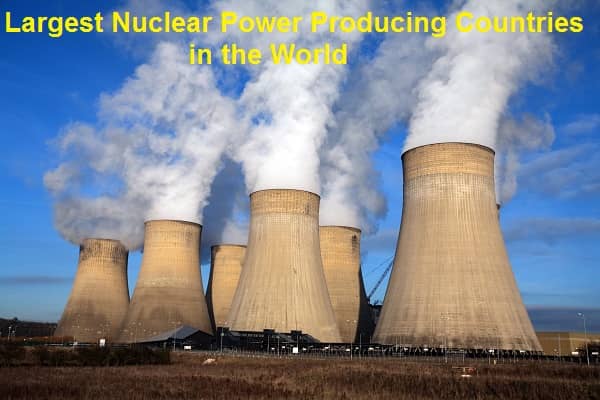 The United States of America ranks at number 1 in terms of the largest nuclear power producing country. The country has a number of commercial reactors, pressurized and boiling water reactors. There have been a number of accidents in the nuclear power plants. It resulted in the damage of almost US $140 million. The biggest loss in the history of US was in 1979 wherein a plant named Three Mile Island in Pennsylvania had a meltdown. The loss amounted to US $2400 million. It is also believed that the attacks of September 11, 2011 were targeted at the nuclear power plants. The waste disposal is done in a temporary storage solution and underground repositories are being used store the nuclear waste but this thing has not been done by any other country yet.

Nuclear Energy is a bane and a boon at the same time. It is very clean, reliable, competitive, and safe energy source. It is because it can very easily replace the usage of fossil fuels such as oil, gas and coal which result in degradation of the atmosphere and also lead to the greenhouse effect. But at the same time, it is very expensive and very dangerous as well. It can lead to catastrophic accidents and the radiation is very harmful for the residents. Radioactive waste is also very bad for the atmosphere. It is better to use sustainable sources of energy which are helpful for the human race. 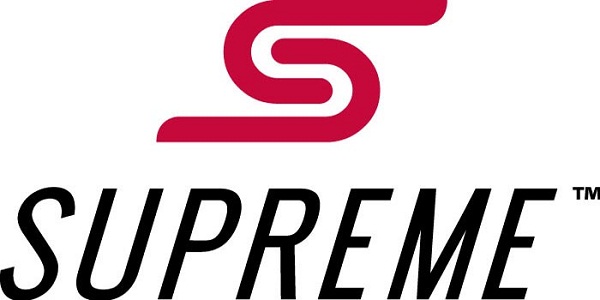