Arms Industry manufactures arms and other defense equipment worth Millions every year and the industry’s horizon is not limited to the domestic market. The industry has its global reach and most of the country’s trade arms with other countries. This turns out to be a great source of revenue for the country and it also helps them in capitalizing the expenditure made in Research and Development of the weapons.

The countries who do not wish to spend on development of new weapons mostly exports the weapon systems from the nations who already have proven the technology. This helps them in saving on to the research and development cost. The weapons imported by nations can vary in size, range, utility, and technology. Do you know which the largest arm exporting countries in the world are? Well, if you are clueless about it then this article is for you as we have compiled a list of Top 10 Largest Arm Exporting Countries in the World.

The data is compiled by Stockholm International Peace Research Institute and the data also includes the value of weapon provided to countries in form of Military aid.

Israel is undoubtedly the leader in Arms Industry because of its technology. The country is self-reliant and it has survived through an era of war. The country spends a significant portion of its GDP on arms development and the United States also provides a considerable about of military aid to the country in terms of technology transfer. The country has highly developed defense system and the weapons for an effective strike.

Since 1946, a lot of budgets was allocated for the arms production in Soviet Ukraine and this helped Ukraine in becoming the leader in the industry in European Region. With help of powerful research and development along with the heavy finances, Ukraine started exporting arms to other nations as well. The country imports some of the highly developed high precision destruction weapon systems and the list includes weapon systems like Stuhna and Kombat. The country is also known for its radar technology.

Next on our list is Italy and the country has a developed technology for supporting arms industry. Some of the most successful arm manufacturers of Italy are Beretta, Avia, Laonardo, and Benelli. These companies are successful in manufacturing different types of weapons system which are exported across the world. In addition to this, the arms industry helps Italy in generating revenue for its survival as Italy is also impacted by the recession and other financial crisis. Two of the largest buyers of Italian weapons are India and UAE.

Spain stands on number 7 in our list and the arms industry in Spain is responsible for providing jobs to thousands of Spanish citizen. In addition to this, Spain exports most of the weapons to NATO and European Union. Other major importers of a weapon for Spain had been countries like Oman, Egypt, and Malaysia. The country also organizes a defense exhibition on a global scale where buyers can meet the suppliers.

The United Kingdom is also one of the leaders in terms of arms exports and the major buyer of the British weapon system includes Middle Eastern Nations. In addition to this, the country sells aerial bombs and land weapons to Saudi Arabia. Saudi Arabia also bought fighter jets and missile from the UK and apart from this, Israel usually imports drone parts from the UK. There are many other countries who buy weapon systems from the UK but talking about the weapon manufacturers, the top manufacturers of UK include BAE System, MBDA, Babcock, and GKN.

Germany is the fifth largest exporter of arms and the country is able to maintain this position because of strong research and development in this field. The country exports weapon systems to countries like India, Brazil, South Korea, Greece, UK and the even United States of America. A significant portion of weapons are also exported to NATO Countries including Turkey

Next on our list is France and it is along with a large arms industry, France also has one of the largest Aerospace Industry in the world. The country has produced various elite fighter jets like Rafale Fighters which are enough to give a brutal response to any enemy. The country also masters the technology required to manufacture missiles and tanks. Some of the customers of French Arm Industry include Saudi Arabia and India.

China is next on our list and this was again an expected entry. The figures of exports have increased exponentially in last few years and in addition to this, the country is also expanding its arsenal. China provides a major portion of Arms to Pakistan. One such popular Chinese weapons system includes J-20 stealth fighter and China also sells the upgrades to the existing weapon systems which makes a significant portion of revenue for China.

Russia is the second largest Arms exporter in the list and the country has commendable technology which certainly helps the other countries in defending their territories. The country exports only a few types of weapons. India is one of the largest importers of Russian Weapons and apart from India; Russia also supplies weapons to Saudi Arabia, China, and UAE. 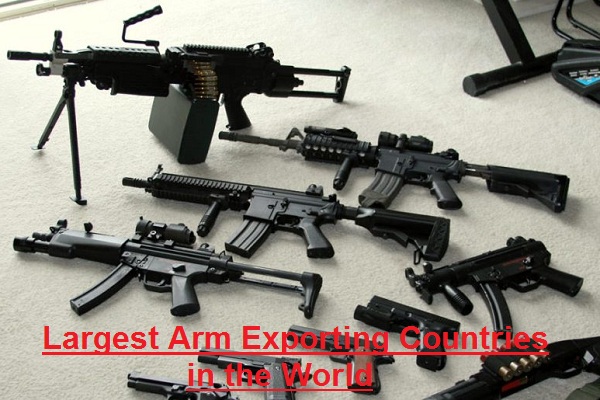 The largest exporter of weapons in the world is the United States of America however, a significant portion of weapons are given away in form of Military Aid. The country had been at war for over a decade and that enables the country to spend a large amount of money on research and development of advanced weapons systems. Apart from Pakistan, Saudi Arabia, Australia and Iraq are the major buyers for weapons systems manufactured in the USA.

These were the Top 10 Largest Arms exporter in the world. Are you wondering who the importers of these arms are? Well, the list of the country includes developing nations like India, Pakistan, UAE and many other countries and you must certainly check out that list as well. The list of importers can be highly volatile as the number of import changes when the country enters or exits a war. 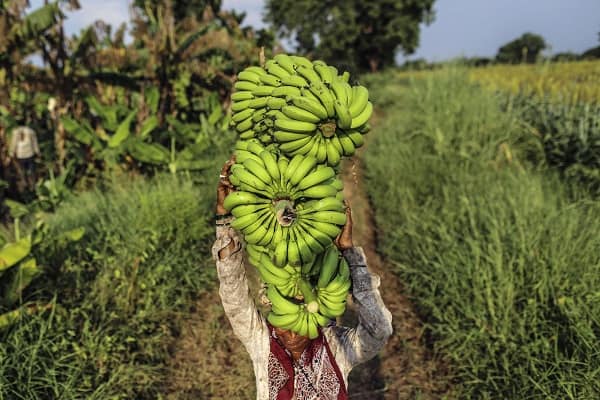