Manushi Chhillar is a popular model and she is also the title holder of Miss World 2017. After winning the beauty pageant, she received many offers to work in advertisements and modeling shows. 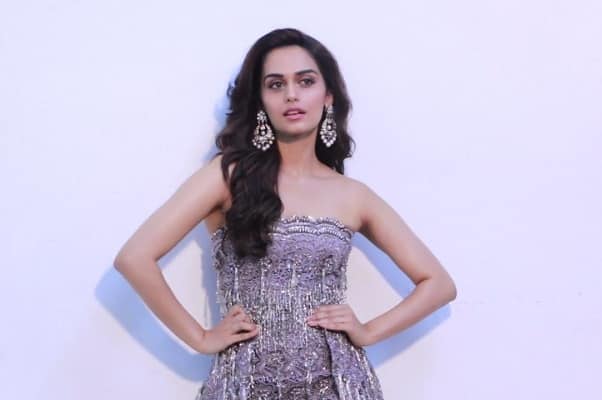 The net worth of Manushi Chhillar is not known.

The main source of income for Manushi Chhillar is the fee she receives for taking up modeling assignments.

The real name of this beautiful lady is Manushi Chhillar.

Manushi Chhillar has an average height and she is 5 feet and 8 inches tall. In addition to this, she weighs about 55 Kgs.

Manushi Chhillar is presently unmarried and there is confirmation about her relationships either.

Talking about the personal background of Manushi Chhillar, it is known that she was born in Sonipat in Haryana and she later moved to New Delhi. She completed her schooling from St. Thomas School in New Delhi and she later enrolled herself in Bhagat Phool Singh Government Medical College for Women in Sonipat and she is presently pursuing MBBS from there. In one of the interviews, she shared the fact that she is going to be a gynecologist or a cardiac surgeon.As per the information available, the name of her father is Mitra Basu Chhillar who is a scientist at DRDO and the name of Manushi Chhillar’s mother is Neelam Chhillar who is the associate professor and department head of Neurochemistry in Institute of Human Behavior and Allied Science.

She also has a brother whose name is Dalmitra Chhillar and Manushi also has a sister whose name is Dewangana Chhillar. It is known that her sister is presently pursuing LLB. Manushi is also fond of classical singing and she is also a trained Kuchipudi Dancer. In addition to this, she adores adventure activities like snorkeling and bungee jumping.

For Manushi, her career started when she won FBB Campus Princess 2017 beauty competition. This competition was held in December 2016 and this encouraged her to participate in other beauty pageants like Miss India Haryana and FBB Femina. She also received the crown for Femina Miss India 2017 and many other awards. She later decided to participate in Miss World 2017 and she was lucky enough to get the crown in this competition as well. This proved to be an excellent platform and during her journey, she also took up Project Shakti which proved to be another great decision. Until now, Manushi also received two awards, one of the award was CNN-IBN Indian of the Year Award. She received this award under the category of Special Achievement Award and the second award she received was Six Sigma Healthcare leadership Summit award under the category of Proud-Maker of India Award. After winning the beauty pageant, she received many offers to work on TV but she denied all these offers as she is focusing on her studies.

The details about Manushi Chhillar’s cars and properties are not listed on the web.