Jazzy B is a popular singer-songwriter in India, who specializes in a Punjabi language Bhangra. Today, he is also into hip hop genre. He has already released around 11 studio albums, and two of these are religion related ones. He is being branded by the title of “Crown Prince of Bhangra”. Jazzy Bains is another name in which he is famously known with. Aside from his singing career, he is also into acting until this very day. 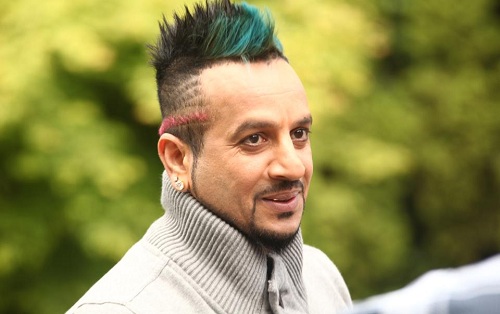 Sources of Income: Before, Jazzy B was just getting a whopping amount of income from his singing career in India. Even so, the moment he entered into the television and filming industry, he found another great source of bigger income.

Marital Status: Jazzy B is happily married to his beautiful wife, Hardeep Kaur. They are blessed with one son and one daughter.

House: He is currently living in the city of Birmingham in England.

Height/Weight: He stands 5 feet and 9 inches, and he weighs 70 kilograms.

Jazzy B was actually born in Nawanshahr District (currently known as Shaheed Bhagat Singh Nagar District) in the Indian state of Punjab. He and his family were living in that place only until he reached 5 years of age. They went to Vancouver, British Columbia in the progressive country of Canada, and stayed there for good. This was for the purpose of giving him and his siblings a good education and future. But after he finished his studies, he decided to go back to his original native land, India. This is where he established a flourishing career in music and films until in this moment.

He is into religious songs. In fact, he has 2 religious albums that were already published and patronized by many people in India.

He started his amazing career in music way back in the year 1993. He has already released a number of studio albums from that particular year until now, under the labels of Jazzy B Records, Speed Records in India, and Movie Box Records in the United Kingdom. In the year 1999, he tried to widen his singing scope and released a religious album titled “Singhan Di Kaum Bahadur”, which was under Movie Box Records. Due to the positive responses of the people, he released another religious album with the title “Sikhi Khandiyon Tikhi” under the same record label way back in the year 2003. After establishing a great name in the music industry, he decided to try another field, which is acting. It was in the year 2012 when he began acting in the big screen. In the year 2013, he had a special appearance in the movie “Jatt & Juliet 2”. He also had his debut Punjabi film on the same year, in which he played the role of Goli. In 2014, he starred in the movie “Romeo Ranjha” with Garry Sandhu as his co-star. In the year 2015, he made a special appearance in the music video of the song titled “Etwar”, which was used in the movie “Faraar”.