Also known as Ishq Mein Marjawan Season 3 is an Indian Hindi Language thriller, romance, and drama Television serial, broadcasting on Colors TV. It is produced by Karishma Jain, Dipti Kalwani and Gulkhan. This TV serial aired on 31 January 2022 with the concept of a thriller love story. While Rim Sameer Sheikh plays the role of Pakhi as the lead female role and Zain Imam plays the male lead named Agastya. Here is detailed information about Ishq Mein Marjawan Colors TV serial, its cast name, storyline, timing, wiki, and much more. 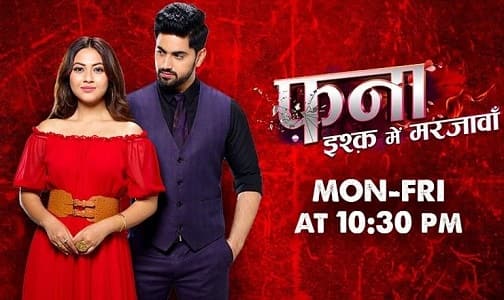 Ishq Mein Marjawan Season 3 is a romantic thriller television serial which indicates the extent to which a lover can reach. Pakhi and Ishaan play positive roles while Agastya is a negative character. Pakhi is an independent girl who works in a leading management company while Ishaan is an oncologist who is ready to help others.

Agastya is the villain of the story, a business tycoon who is madly in love with Paakhi to such an extent that he destroys everything that comes between them. He keeps a watch on Pakhi and her every move. You all see that most of the youth today become mentally insane when a girl or a boy rejects her or loves another.

The storyline of the Fanaa serial revolves around Agastya winning Pakhi at any cost. His obsession becomes dangerous for everybody including Paakhi and Ishaan. But Paakhi is carefree and optimistic and runs an event management company. She shares everything related to her life with Agastya and what it’s like to be in the world of her own story. She is unaware of who she trusts and loves blindly and who is pulling the strings of life and creating an illusion for her. She then falls in love with a virtuous oncologist named Dr Ishaan Tandon. Agastya’s strong passion and affection for Pakhi lead to many complications.

Ishq Mein Marjawan airs from Monday to Friday at 10:30 pm on Colors TV. It is broadcast on 31 January 2022. If you miss any episodes, you can watch them on the OTT platform. The approximate running time is 20 to 25 minutes. It is broadcast in the Hindi language only.