Yamunotri Temple, situated by the holy waters of Yamuna river, is one of the portals in the religious pursuit of Char Dham Yatra undertaken by pilgrims in India. It is constructed in a Tibetian style architecture featuring red sandstone and green carvings. The temple is surrounded by quite a many interesting facts and fascinations. Here’re a few of them.

Let’s have a look along. 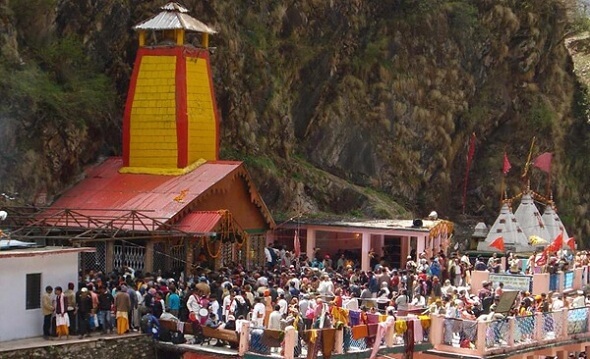 10. On the Foothills of Himalayas

The Hindu temple is located in Uttarakhand at a full day’s journey from Rishikesh and Dehradun to the west of Garhwal. It is perked at a magnificent elevation of 3291 metres on Kalind Parvat. It can be reached via any of the two trek routes originating from Hanuman Chatti. It is located 13 km from Hanuman Chatti and 6km from Janki Chatti. The journey originates from Champasar Glacier which marks the beginning of Yamunotri.

On the way from Chatti to Yamunotri Temple, one passes through a picturesque landscape amidst the grandeur of beauty. The very first interesting point along the way is Banaras village. Moving on, it passes through a number of waterfalls surrounded by the Bandarpoonch range of mountains. Also, the pilgrims travelling to Yamunotri can rest at a few places along the way. These include Hanuman Chatti, Janki Chatti, Kharsali, Barkot, Dodital and Dayara Bugyal.

Daily religious rites are performed by Hindu priests well versed in Vedic Shastras. Most of the priests are from Kharsali village near Janki Chatti.

Though surrounded by the snow clad mountains, the temple features hot water springs around it especially the Surya Kund, which flows the water at a temperature as high as 190 degree Celsius. So, pilgrims visiting the temple use water from these springs to cook fresh rice and potatoes to offer to the Goddess Yamuna. The leftover offerings are taken home as the prasadam.

The other hot spring called Gauri Kund is used for bathing by pilgrims.

6. To the Goddess of Perception

Housing the black marble idol of the Goddess, the temple is devoted to Goddess Yamuna. It is said that Yamuna was the daughter of Surya, the Sun God and Sanghya, the goddess of perception. According to the story, Sanghya could never have an eye contact with her husband due to his spark bright nature. Therefore, she gathered a trait of frivolousness over time. This trait was passed on to Goddess Yamuna and thus, she has a frivolous nature.

Yamuna Mandir was built by 18th century Gurkha ruler Amar Singh Thapa, which got destructed and rebuilt twice after destruction. At first, the temple was rebuilt by Tehri Naresh Sudarshan Singh in early nineteenth century after it was affected by snow and floods. Later, the temple again faced destruction due to a severe earthquake. This time it was reconstructed by Maharani Gularia of Jaipur in late nineteenth century.

Situated near the temple is a holy spot where the holy text Markandeya Purana was written by Markandeya, an ancient sage from the clan of Bhrigu Rishi and a devotee of Lord Shiva. This makes the temple carries an essence of Vedic literature.

Owing to its seat in the Himalayas, the Yamunotri Temple remains closed for most of the year due to snowfall and rains. The opening ceremony of temple is marked on the day of Akshaya Tritiya followed by a closing ceremony six months later on the ccasion of Yama Dwitiya.

A myth is believed that many hundreds of years ago, a sage by the name of Rishi Asit lived here. His hermitage was situated at the place of present day temple. It is said that the sage wished to bath in both the rivers, Ganga and Yamuna. However, due to his old age, he could not travel to Gangotri. Therefore, pleased by his devotion a stream of Ganga appeared parallel to Yamunotri for the sage. Thus, the temple presents a rare landscape of experiencing Gangotri and Yamunotri at the same spot.

The temple rests amidst a number of holy spots including the Divya Shila, a pillared shrine for worshipping Lord Shiva and Sapt Rishi Kund, a greyish blue lake said to have a Brahma Kamal, exotic collection of floral species. 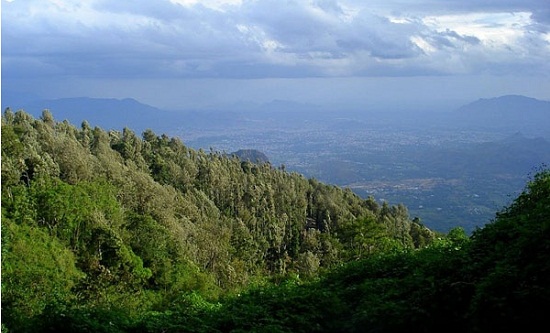