Gangotri Temple, commonly known as the Ganga Mandir is the heart of Gangotri, one of the four holy abodes of the Char Dham Yatra taken by Indian pilgrims. Though the trip to Gangotri Temple in itself is an interesting journey, there are some facts about the temple even more interesting that will make you pack your bags right away! But hold on, let the winters pass!

The temple serves as the starting point of pilgrimage from Gangotri to Gaumukh and Tapovan. Every year thousands of religious men and women begin their journey towards Gangotri and Kedartal trekking routes from this temple. 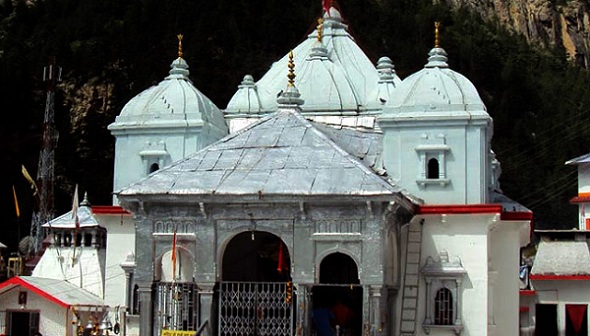 9. Seat in the Greater Himalayan Range

The Temple is situated at a peak height of 3100 metres in Great Himalayan Range in Uttarkashi district of Uttarakhand. Due to this reason, the temple experiences beautiful snowfall in winters. So, it remains generally closed during winters and opens from early spring to late summers.

8. Nepalese Influence Blended with the Hues of Royal Pink

The temple was built 250 years ago by Amar Singh Thapa, a Gorkha born Nepalese commander who was popularly known as the Lion of Nepal. Singh reached Himalayan foothills during a war with Punjabi ruler Chand Katoch. The temple was later restored and renovated in nineteenth century by the royal house of Jaipur.

Gangotri Temple, situated on the banks of Bhagirathi river is said to be the seat of Goddess Ganga. It is situated near the Bhagirathi Shila, the sacred stone devoted to Lord Shiva.

The idol of Goddess Ganga is seated on a crocodile and masked with a golden face. Apart from this idol, the temple also has idols of Durga, Mahalakshmi, Saraswati, Anapurna, Yamuna and Ganesha.

6. Story of the Mystic Spot

The point where the foundation stone of the temple lays carries an interesting story behind it. It is said that thousands of years ago during Satya Yuga, the Suryavanshi King Sagara, a Vedic scholar and devotee of Lord Rama was on an Ashwamedha Yagya with his sixty thousand sons. He had planned to take the sacrificial horse around the Earth by his son Asmanja but Lord Indra tried to foil his plan. So, Indra stole the horse and tied it to the hermitage of a meditating sage Kapil Muni. When the 60,000 sons of the king found the horse with Kapil Muni, they assumed that he was the thief. This anguished the meditating sage. He opened his eyes and all the king’s sons were killed at once.

So, in order to wash away the sins of all the 60,000 sons of the King, his grand son Bhagirath meditated for a long time to bring Goddess Ganga on Earth. Seeing his dedication, Ganga was pleased and agreed to descend. However, in order to prevent Earth from the heavy flow of Ganga, Lord Shiva asked her to receive in his matted locks of hair. So, the Goddess Ganga descended to Earth from the hair locks of Lord Shiva, and the sacred spot where she diverged into the tributaries is called the present day Gangotri Dham, or the Gangotri Temple.

Surrounded amidst the beauty of deodar and pine trees, the temple has been constructed in white granite. The temple building features pyramid style towers attached to each other in a trinity with a triangular roof at the centre front. Each pyramid is crowned by bulbous Kalash-like golden finials with attached minaret chambers and windows. The red sandstone carvings at the bottom give an artistic touch to the architecture.

And when it comes to the ambience, no wonder, the temple offers quenching to the ultimate thirst for contentment. The spiritual tranquillity, Himalayan peace and silent vibrations around makes it a must visit for everyone once in life time.

4. In Palanquin In Snow

Since the temple remains cosily hugged in the furry snow during winters, the idols of Goddess Ganga, Saraswati and Anapurna is carried and kept in the Mukhba valley, situated near the Harsil village. The carrying of idols involves a big religious ceremony. Each of the three idols are dressed in new clothes, decorated with beautiful jewellery and seated in little palanquins, also called ‘Dolis’ to travel all the way to Mukhba.

3. Oil or Something Else

During these months an oil lamp is kept burning in the temple. Interestingly, the lamp remains lighted for over six months. Though the oil container is large enough to accommodate the required capacity of oil, mystics say that it’s the fire of King Bhagirathi’s Yajna and Goddess Ganga’s energy that keeps the lamp lit bright when nobody’s there around to take care of the temple during winters.

2. A Drop for Soul Purification

Around the temple, a Shivling (a stone devoted to the worship of Lord Shiva) lay partially submerged in Bhagirathi river. It is said that the water carries nectar in it and it calmed the throat of Shiva who drank away the poison. It is also believed that whosoever drinks or baths in this water, his sins are absorbed and purified by Goddess Ganga.

After months of solitude, the opening of Gangotri Temple is quite impressive ceremony. Ritual duties are performed by the Semwal family of priests, Ranjikant Semwal being the oldest priest. Amidst the fragrance of freshly plucked flowers and scented oil lamps following the blowing of conch shells, beating of drums and chanting of Mantras and Shlokas, the gates of Char Dham stand open to the pilgrims and spiritual seekers. 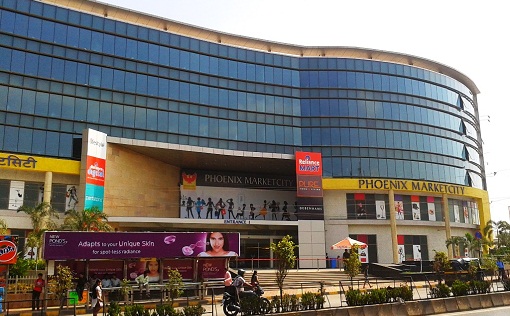