Devoleena is an Indian actress and she mostly works on the small screen TV shows. One of her most famous roles had been that of Gopi in Saath Nibhaana Saathiya 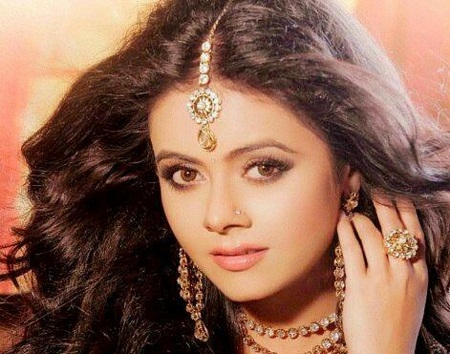 The net worth of Devoleena Bhattacharjee is not known.

The only source of income for Devoleena Bhattacharjee is the small screen shows that she works in.

The real name of this amazing actress is Devoleena Bhattacharjee

Devoleena has a short height as she is 5 feet and 4 inches tall. In addition to this, she weighs 52 Kgs.

Devoleena Bhattacharjee was born in Sivasagar in Assam and she completed her schooling from Godhula Brown Memorial English High School in Sivasagar in Assam. She later moved to Delhi to pursue her graduation and she enrolled in National Institute of Fashion Technology in New Delhi. She received a degree in B.Com after her graduation and she also completed a course in Jewellery Designing and Development. As per the information, her father is no more and she lives with her mother and her brother. It is also known that her father had his roots in Bengal and her mother has her roots in Assam. She had also been fond of dancing since a very young age and that is one of the reasons why she took Bharatanatyam classes. She recently became a part of a controversy when the reports started to surface that she had demanded Rs 2 Lakhs per episode for working in Saath Nibhana Saathiya. In another controversy, she got into a cat fight with Loveleen Kaur Sasan and some of the sources suggested that she was not happy about Loveleen’s entry in the show and that resulted in tension between the two. She also accused Utkarsha Naik of kidnapping her dog but later the news was dissolved with the time.

After completing her graduation, Devoleena started her career as a Jewellery designer and she got her first job with Gili India Limited. She was working with this brand in Mumbai. While working in Mumbai, she appeared for the auditions of Dance India Dance and she got selected for the show. She later got an offer to work in Sawaare Sabke Sapne Preeto and the show was aired on NDTV Imagine. Devoleena also worked in Saath Nibhana Saathiya and she had been working on the show for last 5 years. As per the information available, Devoleena also participated in Killer Karaoke Atka Toh Latkah and Box Cricket League. Devoleena also received many awards for her work and some of the awards she won include ITA Award, Star Parivaar Award, Big Star Entertainment Award and Dadasaheb Phalke Award. In 2016 and 2017, she also received Zee Gold Award and Star Parivaar Award under the category of favorite Bahu.

The details about Devoleena’s cars and properties are not listed.