Debina Bonnerjee is an actress, TV artist and known for her role as Sita in 2008 Ramayana. She is a versatile actress who worked in multilingual movies like Telugu, Tamil and Kannada. She is a mother and a wonderful actress with great potential. 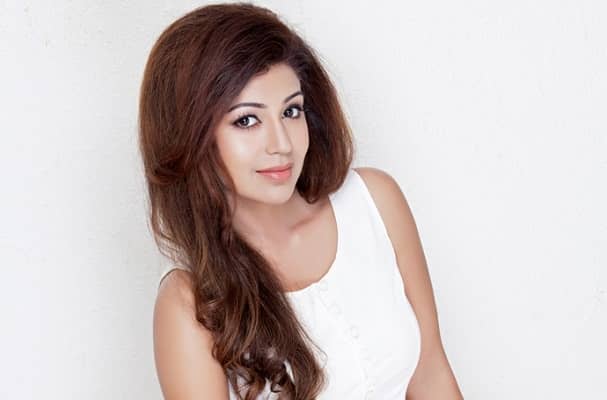 Debina was born in Kolkata to Ashok and Sabari Bonnerjee. She completed her schooling from S.A.I.E school in Kolkata. Later received her graduation from Gokhale Memorial Girls’ college in Kolkata. She has a brother Amitava Bonnerjee. She is married to the TV actor Gurmeet Choudhary on 15th February, 2011. He is well known as Sri Ram in Ramayana. They both reside in Mumbai, India.

Debina started her career by contesting for MS Calcutta and she was eliminated in the first round only. Later she contested again and won the title. She also won the Lakme pageant along with Reshmi Gosh. From there she went to participate in MS Bollywood contest organized by Sahara. She signed her first movie called Nanjundi in Kannada with Shivraj Kumar and another in Tamil with Captain Vijaykanth, Perarasu movie. She also acted in Telugu movie Ammaily Abbailu. Her first television serial was in Tamil called Mayavi in 2005. Her Hindi debut was as Sita in Ramayan which became a huge success. Her role as Sita was well recognized and appreciated by many critics. She also participated in reality TV show such as Pati Patni aur Woh, Fear Factor-Khatron Ke Khiladi 5 and Nach Baliye 6 along with her husband Gurmeet Choudhary. She was also seen in Mahesh Bhatt’s movie Khamoshiyan. Her other television series are Yam Hain Hum, Suryaputra Karn and Zor Ka Jhatka: Total Wipeout.

Her favorite hobbies are Dancing, Listening to Music and cooking. She likes to act, workout and travel. Debina and Gurmeet have a baby together.  Her favorite shopping destination is Dubai. Her favorite patriotic song is Eakla Chalo Re. They have been to Paris recently and witnessed the bomb blasts. Her charming personality and brown eyes attract many audiences to her TV series.

Also her strong lead in Ramayana as Sita has given her a graceful image that adds to her success. We wish her to be successful in her future endeavors and bring great TV drama to the audience.