‘A city with soul’ is how Vir Sanghvi described Kolkata. No words would come close to epitomize it better. Kolkata, a land of the eastern India laying on the east bank of Hooghly River is a place to visit for once in your life.

The city always had its charm and essence, captivated by its architectural phenomena. Kolkata, an economical and educational centerpiece of the British Raj India had a booming growth in different fraternity at that time.

However, with the independence there came a decade long stagnation which pushed it a little back in the rankings of most developed cities in India. The metropolitan city is home to third largest population in India as of today in an area spread around 205 sq. km. 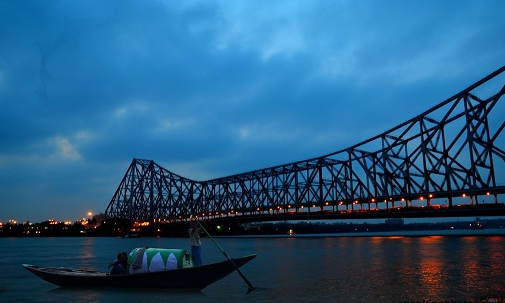 We’ll look to provide you a rundown of different facts of Kolkata that you’d be glad to know about. Off we go, then.

9) The only city to have tramway

6) Eden Gardens and its capacity

So that’s all from us on the profiling of few facts of Kolkata. We hope it intrigued you to the peak. There’s definitely more to learn about Kolkata and this 10 fact file is a small effort of ours.