The safest and fastest mode of travel these days is the air travel. You can reach the end of the world in a matter of hours. You can cover longer distances in shorter time. The only way to fly across continents and countries in through an aircraft. Aircraft could be of any kind – Helicopters, airbus or even war aircrafts. Gone are the days when people could never afford to travel in Aircrafts. With the advent of globalization, the air travel has become very affordable and economical. It has also facilitated tying the world in a knot.

There are many advantages of air travel

Therefore, undoubtedly, in the current scenario air travel is one of the most essential characteristic of international travel. Also, air travel indicates communication between various countries. And the most number of airports in a country indicate the top notch communication and the progression.

With this, let us find out top 10 Countries with most number of Airports in the World

Number 10 on the list is an Asian Country with a little short of 700 airports. One of the busiest international airport of the country is Soekarno-Hatta International Airport which is situated in Indonesia’s capital city – Jakarta. Indonesia is coming out to be a tourist destination. Every year millions of tourists go to this country to enjoy the sun-kissed beaches. The country however is very smaller in size as compared to other Asian countries but the airport has the capacity to hold almost 38 million passengers. In the year 2014, it was ranked as the eighth busiest airport in the world.

Paraguay is landlocked between Bolivia, Brazil and Argentina. And ranks on the number 9 of the list with 798 airports. The fourth South American country of the list has been one of the least visited places in the past but now more and more people travel to this place, majorly from Argentina. The largest and busiest airport being the Silvio Pettirossi International Airport, situated in the city of Luque, is the main gateway for international tourists.

Number 8 on the list of Bolivia with 952 airports. The location of this country is between Paraguay and Peru, this country is another South American country to make it to the most number of airports. The country is known for its diverse culture, places of historical and heritage significance, and therefore millions of visitors come down to Bolivia every year. As a matter of fact, 6 sites have been identified as World Heritage sites by UNESCO. The international gateway to this country is the ViruViru International Airport.

Another South American country Columbia which ranks seventh with a count of 992 Airports. The largest and busiest airport of the country is El Dorado International Airport located in Bogota. This country is known for its historical heritage and culture significance. And how can one forget about the Columbian Coffee. Columbia is emerging to be a tourist destination and the inflow of tourists is only expected to rise in the time to come.

Ranking 6th on the list of top 10 countries with most number of airports in the world is Argentina. It has 1130 airports and this country is also one of the traveling destinations of the world due to its picturesque landscape and historical heritage. The Ministro Pistarini International Airport situated in the capital city of Argentina – Greater Buenos Aires – is the busiest and largest airport in the country. In a survey conducted by Skytrax, this airport was votes as the “Best Airport in the region”

As we know the size of this country is pretty huge so air travel has become more of a compulsion than an extravagance. Some people even prefer to travel with the Trans-Siberian Railway but it is a fact that air transport has the advantage of convenience and speed. There are a total of 1218 airports and it makes the country rank on the 5th position of the list. People flock in Russia as there are plenty of tourist sightseeing places. The famous being the Hermitage Museum and the Saint Basil’s Cathedral. The Sheremetyevo International Airport which is situated in Moscow is the busiest airport in the nation so far. As is compared to the airports in USA in terms of tourists travelling through this airport.

Canada has 1467 airports making it rank on the fourth slot of the list. Canada is known for its scenic beauty and clean environment and it attracts millions of tourists from across the world throughout the year. The largest airport is the Vancouver International Airport of the country which known for its largest land mass in North America. Having said that, it is also noteworthy that this airport has been voted as the “Best North American Airport” by Skytrax Awards.

At the number 3 slot we have Mexico which has 1714 airports. It is growing to be a new industrialized and most visited country therefore airports are necessary. Due to the increase in trade and commerce between Mexico and the world and the increase in population, the government has also announced making more and more airports in the times to come. The Mexico City International Airport, situated in Venustiano, Carranza, is the busiest airport of the country.

After hosting the FIFA world cup in the year 2014 and summer Olympics in the year 2016, Brazil has now become one of the major countries to have an enormous increase in the tourism sector. It is still a developing nation but has made it to number 2 with 4093 airports. As per the passenger traffic, the busiest airport in Brazil is the Guarulhos International Airport which is situated in the city of Sao Paulo. 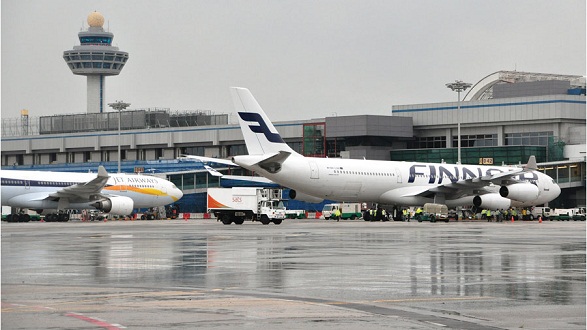 Not very surprised to see US on the number 1 slot? Of course there is no reason to be surprised. US being one of the powerful economies of the world, people travel from all parts of the world to make their lives and get knowledge and money. Some of the best universities are in US. The largest airport being the Denver International Airport which has a tourist inflow and outflow of almost 31,000,000 passengers per year.

The most number of airports in a country increase the chances of more and more development as it facilitate trade and commerce and thereby increase in the economy of the nation. Besides, Air travel, being the fastest mode of travel, eases the hassles that one might face while travelling through any other mode. 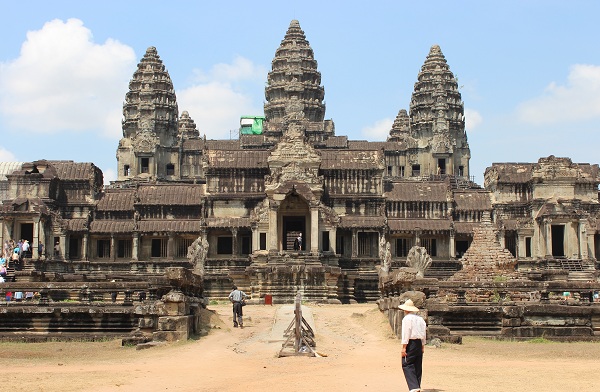