For a country to grow and succeed, peace among the natives is of utmost importance. Peace is the situation where in humans are being aloof from any kind of violence or hatred among themselves. Peace is very important to nations as it is one of the key factors for the growth and development of the country. If the human rights are not sullied and people are free to move about anywhere without a trace of apprehension in their mind, and they are fully committed to their responsibilities towards the society only then the situation of Law and order can be maintained in the countries.

This world was a very peaceful and calm place to live in but until a few decades back just after the miraculous inventions of science which were supposed to serve the humanity were being used against the humans by the fellow humans. Arms and bombs which were supposed to protect humans were now being used for murders and mass killings in the world.

Below is the list of top 10 countries with highest homicide rate in the world.

Another beautiful country making it to the list of top 10 countries with highest homicide rate in the world is South Africa. Flora and fauna of this country is breathtakingly beautiful and is also protected. But murder rate is 31 in 10,000 people which means it is not safe for human life. At ninth slot, this country is even the 25th densely populated country of the world which means more population, less resources, more poverty, less unemployment which in turn is giving rise to murders, rapes, robberies and assaults.

Located in the southerly part of Africa we have Swaziland which is a small and a developing country. Swaziland being a small economy has much better earning per person and mostly people work on agriculture and manufacturing domains. But even then the people are involved in crimes and murders with the murder rate of almost 33.8 out of 10,000 people. Similar to that of Saint Kitts and Nevis, even Swaziland’s population is lesser as compared to the rate at which the murders happen.

At number 6 Jamaica stands tall with the murder rate of 39.3 out of 10,000 people. This country is the third most populated country of America and 5th largest island of the Caribbean Sea. Some parts of this country like Montego Bay and Kingston has seen a higher crime rate. Mostly people are involved in drug abuse due to which they do not hesitate to think before slaying someone.

The largest country of Africa and the most populated of central Africa Guatemala’s murder rate is 39.9 out of 10,000 people. It is moving slowly towards the growth and development but due to low income of the people and a lower economy this place comes in no competition with other countries. Poverty is rampant and another issue is that there is an ununiformed division of rights to the people due to which there is lot of instability and murder rate is pretty high.

The smallest country of Central Africa and also the most populated country with the homicide rate of 41.1 out of 10,000 people. El Salvador has a poor economy and income of the inhabitants is pretty less as compared to other nations. Poverty gives birth to a lot of crimes though the security agencies are trying to curb it but there is little to no success they have got so far.

Another smaller country with a smaller population but a higher homicide rate. At number 3, we have Beliz2 which is a smaller country in Central America located on the easterly coast and is also recognized as one of the most beautiful nations of the world. Murder rate of this nation is 44.7 out of 10,000 which is due to a number of groups in the country such as Mestizo, Kriol, eastern Indian and Mayan which are resourceful in increasing the crimes.

With the murder rate of 53.7 per 10,000 people, Venezuela’s murder rate is soaring. One of the most diverse countries of the world is also one of the densely populated country making the crime and homicide rate soar higher. The citizens are poor and leading a miserable life and resorting to crimes as a way to survive. 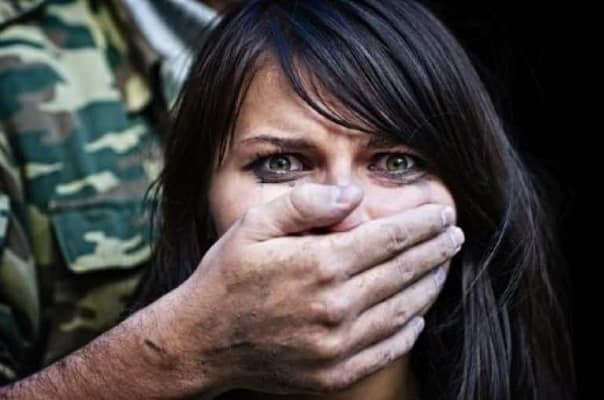 Honduras is leading the list with 90.4 per 10,000 people. This country is the most diverse and rich country with no dearth of resources such a Sugar cane, Tropical fruits and coffee and other minerals but still murders and crime is very common due to drug abuse. People from many cultures live here a very comfortable life but thanks to the drug lords this place is now the most dangerous country of the world.

“Peace is the creator of civilization and war is the Satan of destruction”.

Crime is universal. Gradually and slowly the world is becoming a bitter place for all the humans. There is no safe place or a hiding where one can keep oneself safe. There are many innocent people who only live their lives and do well in their careers and academics and eventually become victims, get killed, mugged, raped or assaulted by some maniacs who even do not have an idea of what exactly they are doing. The motive of this article is not to bring any country down but only to show where the governments need to take stern actions to put an end to all this misery. Though it won’t be an easy task to do but need to start from somewhere.