As boards exams are approaching, the tension of exams combined with enrolling in best available college as the topmost priority of students as well as their parents. Science is the top available course choice that students opt after 10th standard, 90% of the science student go for the engineering as part of their higher studies. The different courses of Engineering are available as best future platform with higher placement rate and income are regarded as Civil Engineering, Mechanical Engineering, Electrical Engineering and Computer or Software Engineering.

In the article, we will discuss the top Educational center or colleges for the Civil Engineering, one of the top career choices for the Engineering students includes the study and knowledge of the design, construction, and management of megastructural projects of the physical and natural built environment. The top 10 colleges included are enlisted in the list as per the wish list of civil engineering aspirants and the rate of placement with the salary packages offered by these institutions. Private and Government based institutions are part of the ranking, check the available best option in order to choose the college center in Engineering exam correctly.

Indian Institute of Technology doesn’t need any introduction as the Institution particularly for science-based studies is called the best learning companion. Located in Guwahati region comes under the Assam Government, the institution is called as the sixth IIT Institution in India. The selection process available for IIT Guwahati is same as the other IITs through Joint Entrance Examination. Department of Civil Engineering and Department of Chemistry in IIT Guwahati carry special mention.

The Indian Institute of Technology for BHU in Varanasi is known as public Engineering Institution located in the Varanasi region of Uttar Pradesh was founded far back in 1919. The BHU University Engineering stream becomes part of Indian Institute of Technology in 1968. There are 13 departments in science and three inter-disciplinary schools, the range of facility available as part of IIT BHU includes Hostel, Medical, and Library facility in order to serve students better.

IIT Roorkee was formally called as the University of Roorkee is located in the Roorkee region of Uttrakhand. College carries British past as Lieutenant governor Sir James Thomason inaugurated it in 1847 and it gained as part of Indian University two years after independence in 1949. IIT Roorkee has strong placement set panel as the alumni of the college finds great standing with the popular face at national and international level. IIT Roorkee stands 194 in the Global listing of QS University ranking of 2011.

BITS Institute for Engineering or more precisely called as the Birla Institute of Technology and Science in the Pilai region is famous for the Civil Engineering special set of educational plan that comes under the section 3 of UGC act 1956. There are 15 different range of programs available for Science department, the prime focus of the institution is on the management program and undergraduate education. BITS has established its centers across India at Pilani, Goa, Hyderabad, and Dubai.

The public research university located in the capital of India is known best for its advanced learning scheme, the institute was declared as Institute of National Importance by Government of India under the Institutes of Technology Act. There are a different range of disciplinary courses offered in the university with special mention and assigned role for Mechanical and Civil Engineering. The facility of the hostel is also offered as in the huge 325 hectares of IIT Campus there are 13 hostels available with a separate department for girls and boys.

Another Indian Institute of Technology educational infrastructure making way in the list, IIT Madras is also classified as Institute of National Importance by the Indian Government. IIT Madras in terms of reorganization is called as the third IIT franchisee in India, IIT Madras has the fame as the residential college. There are total 16 disciplinary courses offered by IIT Madras one of the highest different category courses with a special set of Civil Engineering learning and placement.

Indian Institute of Technology in the Economic Capital of India is the third positioned Engineering college with specialization in Civil Engineering. If we are talking about the academic information about college there are 17 departments, 13 multi-disciplinary centers with three schools of excellence. The primary focus of IIT Bombay is Engineering courses.

Indian Institute of Technology is public engineering institutions formed by the government of India in 1951. Amongst all the IITs in India, IIT Kharagpur carries the fame of largest campus, most departments, and highest student enrollment. There are 20+ different departments available as part of IIT Kharagpur. 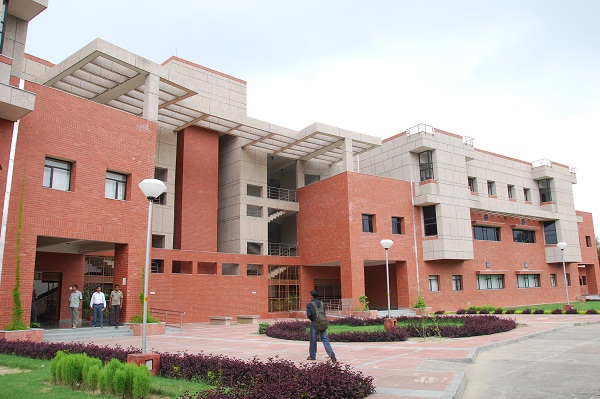 Indian Institute of Technology Kanpur is the top available choice for the Civil Engineering, the placement rate for IIT Kanpur for Civil Engineering is over 90% with top reputed companies in India and at the global level. For a better collective knowledge and disciplinary courses, IIT Kanpur offers admission as per JEE Entrance Exam.